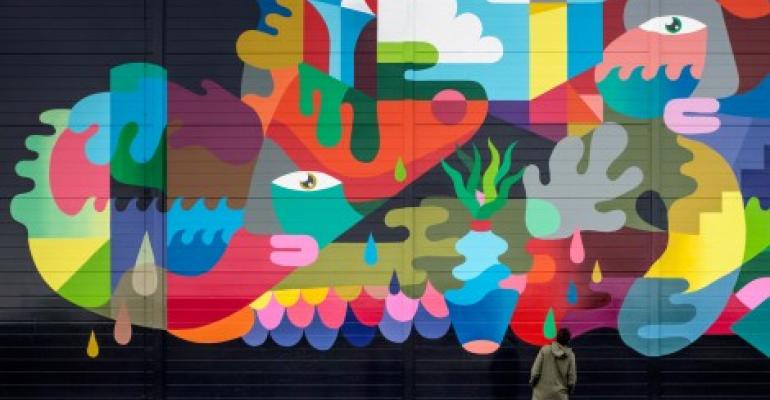 Alphabet/Google
Mural on one of the walls of a Google data center in St. Ghislain, Belgium (Photo: Google)
Companies>Google (Alphabet)

Google is Building a Second Intercontinental Cable of Its Own

Google is investing in its second private intercontinental cable • Called Dunant, the system will connect Virginia Beach in the US to the west coast of France • The cable will boost bandwidth between Google’s rapidly growing data center cluster in Northern Virginia and its data center campus in St. Ghislain, Belgium

Google is investing in a second intercontinental cable all its own.

The Dunant system, named after Red Cross founder and the first Nobel Peace Prize winner Henri Dunant, will connect a cable landing station in Virginia Beach – close to where Google is building a huge amount of cloud data center capacity – to a landing station somewhere along France’s west coast, relatively close to its data centers in Belgium.

Manufactured and laid by TE SubCom, the cable will further boost the amount of bandwidth on the Alphabet subsidiary’s global private network, which likely already is the biggest of its kind in the world (the company claims that it is). Laying a intercontinental submarine cable is a massive infrastructure project that typically costs hundreds of millions of dollars and takes years to complete. For that reason, companies doing business online have traditionally bought capacity on existing cables built by consortia of telecommunications companies.

In recent years, however, global bandwidth demand on the networks operated by the likes of Microsoft, Google, Facebook, and Amazon has grown so much that the companies have found it makes financial sense in some cases to either join cable consortia together with telcos or finance their own systems.

In a blog post announcing the Dunant project, Jayne Stowell, a strategic negotiator at Google, highlighted three factors the company takes into consideration when deciding whether to buy bandwidth on someone else’s cable, join a consortium as an investor, or build on its own:

Performance and latency: Cables are often built to serve a very specific route. When we build privately, we can choose this route based on what will provide the lowest latency for the largest segment of customers. In this case, we wanted connectivity across the Atlantic that was close to certain data centers, but the reasons could also include the ability to land in certain countries, or to connect two places that were previously underserved, such as was the case with Curie.

Capacity: The bandwidth that we want to deliver can vary widely, depending on what already exists and where our customers need more, now and in the future. Our capacity planning includes estimates of Google’s and our customers’ needs for years to come.

Guaranteed bandwidth for the lifetime of the cable: The life of a cable can vary from 15 to 25 years, but as with many infrastructure projects, they sometimes continue to serve the route beyond their initial projected lifespan. Our ability to guarantee our customers a certain level of connectivity helps them confidently plan for their businesses going forward.

Here’s the full list of submarine cable projects Google has either been involved in funding or funded on its own, as of this writing: The first cable being built solely on Google’s buck is Curie, announced in January. Scheduled to light up sometime next year, it will connect Chile, where the company has a large concentration of its Latin American data center capacity, and Los Angeles, where a new three-data center Google Cloud availability region came online just this week.

Virginia Beach is a recent addition to the global map of network infrastructure. Last year, the southeastern Virginia city became home to a landing station for Marea, the highest-capacity cable to ever cross the Atlantic, financed by Facebook, Microsoft, and Telxius (subsidiary of the Spanish telco Telefónica). Marea’s other landing is in Bilbao, Spain. With Marea’s launch, Virginia Beach became an alternative East Coast cable landing location to New York and New Jersey, where the bulk of transatlantic connectivity currently terminates. Not far from all those landing points is Northern Virginia, the region with the highest concentration of data centers in the US and possibly in the world.

Recently, Google – like other cloud giants – has been expanding its data center footprint in Northern Virginia. After having operated some data center capacity supporting its consumer products like search and email in the area for years, the company last year launched its first cloud availability region in there. Later in the year, it bought two parcels of land in the area to build more data centers.

The Dunant cable will undoubtedly move data coming in and out of the company’s Northern Virginia data center cluster. In his blog post, Stowell said one of the reasons the company chose to fund this cable on its own was that “we wanted connectivity across the Atlantic that was close to certain data centers.”

The company hasn’t disclosed where exactly on the French west coast the cable will land, but it did say that the cable will ultimately carry traffic in and out of the Google Cloud availability region in St. Ghislain, Belgium.