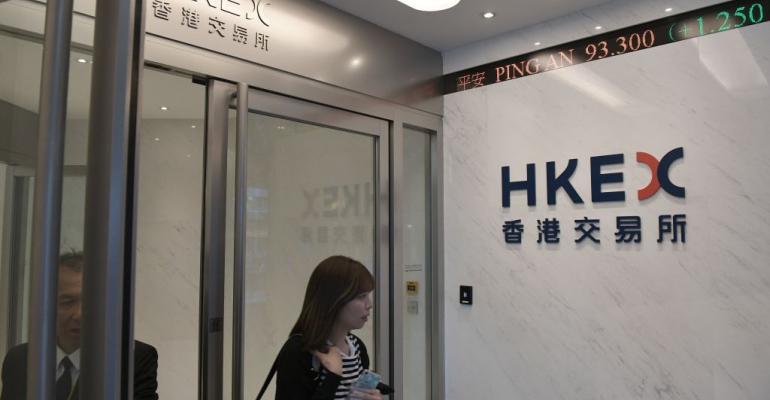 The decision followed a string of other high-profile stock listings stalled or flopped as the global economy spluttered in the summer.

Anglo-Chinese data center operator Global Switch shelved plans to list on a public stock exchange last week after a string of bad news made economic prospects look worse than at any time since the 2008 financial crash.

The firm put its initial public offering off until probably 2020 after seeing the effect that "political and economic environment" was having on "equity capital markets," it said in a statement to the London Stock Exchange. It gave no more explanation and refused to answer questions that sought to understand its reasoning.

The worst global economic indicators since the 2008 financial crash had been published the day before by the Organisation for Economic Co-operation and Development, an international government organization. That followed a week of economic shocks, accompanied by talk of global recession, an industrial slump, and the US central bank taking emergency measures to put up loan capital because private banks were left temporarily short of money and inclination to invest. The ongoing US-China trade dispute was said to be taking its toll as well.

DCK understands Global Switch felt vindicated in postponing after a string of other high-profile stock listings stalled or flopped as the global economy spluttered in the summer.

The office real estate startup WeWork postponed its IPO last Monday, just as news of bank cash shortages was to break. Its listing was set to raise a fraction of the $47 billion it hoped to get. Budweiser was celebrated for pushing ahead with a listing that raised $5 billion in Hong Kong today. But it had planned to raise twice that before it put its IPO on hold in July.

Chinese tech giant Alibaba postponed its own plan for a second listing in Hong Kong this summer after protests there unsettled markets. It faced the prospect of raising half the $20 billion it sought, according to reports. As of last week, Uber's stock value had fallen by one quarter from the $82 billion it was worth when it floated in May.

Global Switch declared a commitment to an IPO in May, when the credit ratings agency Moody's gave it a favorable rating, and before the democracy protests erupted in Hong Kong, where the data center operator was widely tipped to have been planning to list.

Moody's was pleased with Global Switch's plan to float and commended it for building 12 data centers with only modest debt. Global Switch, which was valued at about $7.5 billion when it was bought out by Chinese investors just four weeks ago, sought to raise money to continue a plan to double the capacity of its computing centers.

A spokeswoman for the operator would not say how much money it hoped to raise by listing, nor whether it had learned it would raise less. Media reports early this year said it hoped to get $1 billion.She refused to confirm  this was speculation. She also could not say whether the firm had in fact committed to float in Hong Kong.

With China's economy slumping and its major tech stocks down since last year, IPOs in Shanghai and Hong Kong slumped as well. Hong Kong IPOs raised about half the money they did last year, according to market-data firm Refinitiv. Chinese IPOs earned about 40 percent less. Only the UK, which the OECD said faced the prospect of recession brought on by Brexit, fared worse. Its listings fell 40 percent by value. But more than half fewer companies listed as well. In New York, more than a third fewer companies listed. Only Nasdaq saw its listings raise more money.

"Weak global market sentiment" had suppressed Hong Kong listings, said the Hong Kong Stock Exchange in a presentation in early September. Grant Thornton, an accounting firm, said the Global Switch buyout showed that Chinese investors had a "strong appetite." The HK exchange was still able to make a credible claim to be the largest IPO market in the world.

IPOs had become less efficacious than in the 1990s, when tech companies had little option to raise money but by public listing, said Bain. Now there was lots of private capital at historically low rates, and limited assets to spend it on. Uber built a $71 billion company with private capital of $21 billion before its float. Even then, it floated only because a public listing had at last become the only way to raise more. Commentators have noted how private infrastructure capital funds have become a major source of capital for data centers.

But data center operators were a special case, said Sean Brady, managing director of Cushman & Wakefield, a commercial estate agent. Tech stocks should have no effect on data centers, with their huge capital investments in fixed infrastructure.

"I don't think WeWork should affect them at all. And Uber as well. Data center stuff has recurring revenue threat is totally different than just selling a service as those two other firms do," he said.

"The data center market is doing very well in the United States. So I'm kind of surprised [Global Switch postponed], if they are going to deliver equity onto the New York Stock Exchange or the Nasdaq," he said.

Data center real estate trusts that rivalled Global Switch made poor financial reports themselves last year, because tech stocks had put a damper on them after all, said Chilton Capital, an investment consultant, in February. A flurry of big takeovers last year were overpriced and undermined their finances as well, it said.