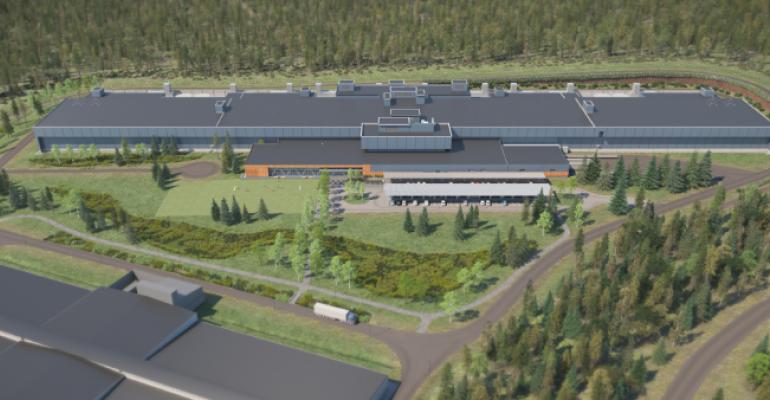 On Thursday, the jury held that Emerson now owes $30 million to UK-based BladeRoom, a plaintiff in the lawsuit against the global manufacturing giant and Facebook. Facebook settled with BladeRoom last month (terms of the settlement are confidential), and Emerson proceeded to seek a mistrial, saying jurors would be biased against it because Facebook was embroiled in the Cambridge Analytica scandal, Law 360 reported.

The attempt failed, and the jury told Emerson to hand over $20 million as a penalty for “unjust enrichment” and $10 million to compensate BladeRoom for lost profits. A lead attorney defending Emerson told Law 360 that the company would “definitely” appeal the verdict.

The essence of BladeRoom’s methodology is in using pre-fabricated modular components to speed up data center construction. Facebook touted the Swedish data center project as its first to use a construction approach that relied on these principles, characterizing it as its own innovation dubbed “Rapid Deployment Data Center.”

Pre-fabrication of modules at a factory to be shipped to the construction site for quick assembly has become a common approach to data center construction, but BladeRoom claims it has a proprietary way of doing it.

In a statement emailed to Data Center Knowledge, an Emerson spokesperson said the company was “disappointed by the jury verdict, “but notes a number of important legal issues are still being dealt with by the judge and that a final judgement has not been made by the court. Since the litigation is still pending, we are unable to comment further.”

BladeRoom accused Facebook and Emerson of conspiring to steal its trade secrets after its representatives had briefed both companies on its design approach in hopes of getting the contract to build the massive facility. Facebook and Emerson, BladeRoom charged, deliberately accepted the briefings to learn about its methodology, and never intended to hire the company for the project.

The jury found Emerson’s use of the UK company’s intellectual property in building the $200 million Facebook facility “willful and malicious.”

In a ruling this week on a motion by Emerson to “un-admit” some evidence used by the plaintiffs, US District Judge Edward Davila said the court had determined “based on a preponderance of the evidence that a conspiracy existed between Facebook and Emerson.”

In an email to Data Center Knowledge, a Facebook spokesperson said the company had no comment on the latest ruling. Facebook attempted to get the suit thrown out last year but failed.

In 2016, several years after the Facebook data center in Luleå was built, Emerson spun off Network Power, its former unit that built the facility. Acquired by Platinum Equity, Emerson Network Power has been renamed to Vertiv and continues to operate as a private company, building data centers and other critical infrastructure for clients and selling infrastructure equipment and management software.

A Vertiv spokesperson did not respond to a request for comment on this week’s ruling.