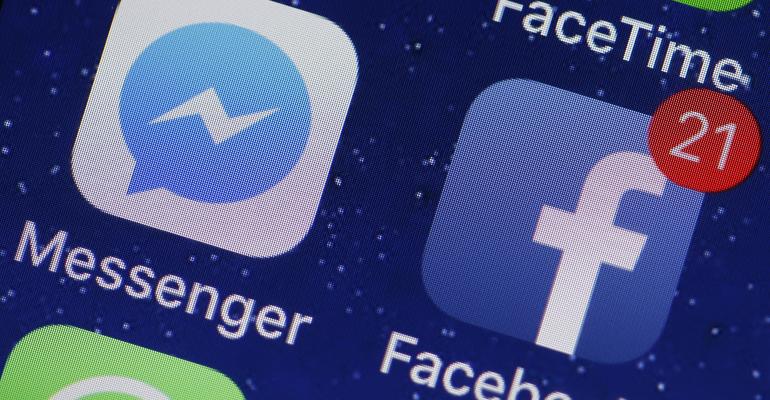 Facebook users around the world have been unable to access its family of social-media apps, including the main social network, photo-sharing app Instagram and messaging service WhatsApp.

(Bloomberg) -- Facebook Inc. users around the world reported they were unable to access its family of social-media apps, including the main social network, photo-sharing app Instagram and messaging service WhatsApp.

Some internal services used by Facebook employees, including the company’s Workplace tool for communicating among teams, is also down for some employees, according to a company spokesperson.

More than 125,000 Facebook users were reporting problems accessing the app at 11:54 a.m. in New York, according to website DownDetector. At least 98,000 people reported trouble with Instagram, and about 35,000 said WhatsApp was having issues. Facebook’s network of apps has more than 2.7 billion daily users on average.

“We’re aware that some people are having trouble accessing our apps and products,” Facebook spokesman Andy Stone said in a tweet. “We’re working to get things back to normal as quickly as possible, and we apologize for any inconvenience.”

The issue appears to be related to Facebook’s DNS, or domain name system, records. Put simply, DNS converts domain names like “facebook.com” to the actual internet protocol addresses of the corresponding website. An error in DNS records can make it impossible to connect to a website.

The cause of the issue is “probably a bad configuration or code push to the network management system,” said Alex Stamos, former chief security officer at Facebook who is now director of Stanford University’s Internet Observatory. “This isn’t supposed to happen.”

It’s rare for Facebook’s apps to go down for an extended period of time, and even less common for the company’s internal systems to go offline. Such an outage has happened before, though, most notably in 2019 when Facebook’s internal apps stopped working following a dispute with Apple Inc., which halted some of the apps’ functionality on the iPhone maker’s platform.

The company’s shares dropped 5.6% to $323.89 at 1:35 p.m. They had already been on the decline Monday after a Facebook whistle-blower appeared on news program “60 Minutes” to discuss the company’s internal research about its impact on society.