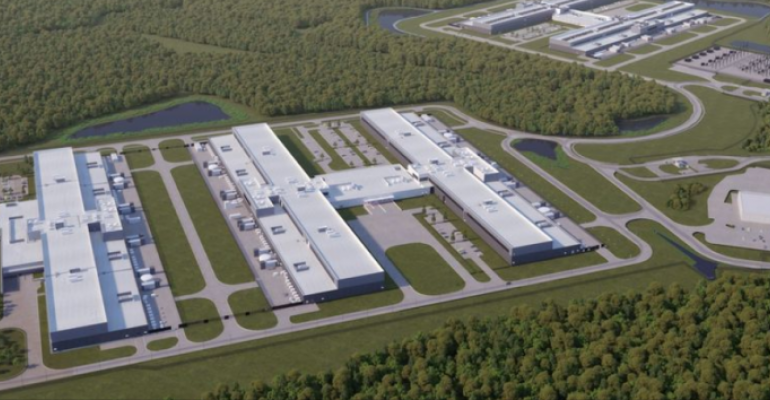 The second phase is in the works in Newton, just as the first phase is getting close to launch.

Just as the first phase of the massive Facebook data center in Newton, Georgia, was getting close to launching, the company announced it would add three more buildings to the campus.

Facebook said Thursday that the expansion would bring its total investment in the campus to $1 billion. The first phase, two buildings totaling about 1 million square feet announced in 2018, is expected to come online next year. The newly announced phase will add 1.5 million square feet.

The company has been expanding its data center capacity continuously to support the growth of its user base and the relentlessly growing number of images and video content they upload, as well as new products it’s been launching.

The next big workload for Facebook data centers is virtual reality.

Facebook announced its latest Oculus Quest 2 VR headset this week, making it both faster and cheaper than its predecessor. The company’s CEO Mark Zuckerberg told The Verge that he expects to have sold 10 million VR units over the next few years.

As it races to build enough capacity to support growing demand, there’s pressure to build that capacity in a sustainable way. Also this week Facebook announced a goal to have invested in as much renewable energy generation capacity as the amount of energy consumed by its global operations.

In the Newton data center expansion announcement Facebook said it has invested in six new solar projects in the region that will bring 435MW of renewable energy to the local grid.

The expansion is the third Facebook data center construction project announced this year. In August the company announced plans to build a new campus in Tennessee. In June Facebook said it would build a data center campus in DeKalb, a town outside Chicago.

Three more Facebook data center sites in the US have been announced but not yet launched: Henrico, Virginia; Eagle Mountain, Utah; and Huntsville, Alabama.

Facebook has three operational data centers it has built and manages on its own in Europe, located in Sweden, Denmark, and Ireland, and one under construction in Singapore. Like in North America, the company also leases data centers in Europe and Asia.