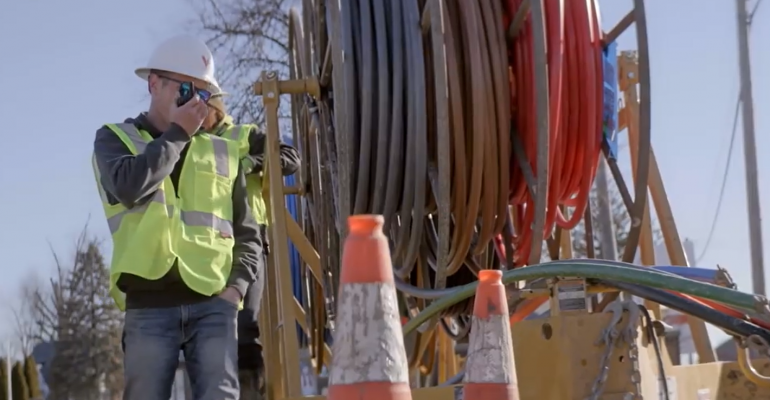 The long-haul network stretches from downtown Indianapolis east, to the Indiana/Ohio border.

Construction has finished on a new long-haul fiber route linking Facebook data centers in the US Midwest to those on the East Coast.

The new route, running along Interstate 70 from downtown Indianapolis east, all the way to the Indiana/Ohio border, is the first phase of a two-phase project to build a fiber route that will stretch across Indiana. The second phase, already underway, will run from Indianapolis west, along Interstate 40, to the Illinois border, the company said in a statement Friday.

Once the second phase is complete, in addition to improving connectivity between Facebook data centers, the route will improve internet access for homes and businesses in the state and the surrounding region, according to Facebook. The company partners with commercial network operators to link local networks with its fiber superhighways. It’s partnered with Zayo on the second phase of the Indiana build.

“We intend to partner with local and regional providers in Indiana,” Facebook sourcing managers Boh DuPree and Michele Kohler wrote in a blog post. This will enable them to obtain network capacity, so they can extend broadband access for people — particularly in underserved rural areas near our fiber networks.”

New fiber routes between data center clusters are important not only to increase capacity but also for redundancy, to ensure data continues flowing in case of interruptions. Facebook and other hyperscale data center operators have been investing in their own routes, both terrestrial and subsea (linking continents), to meet their ballooning inter-data center bandwidth needs.

Investment in long-haul fiber infrastructure by a deep-pocketed player like Facebook also helps local and regional ISPs improve their networks when they’re allowed to access that new infrastructure.

Facebook’s Midwest data centers are in Iowa and Nebraska, while its East Coast data center cluster consists of facilities in Ohio, Virginia, and North Carolina.