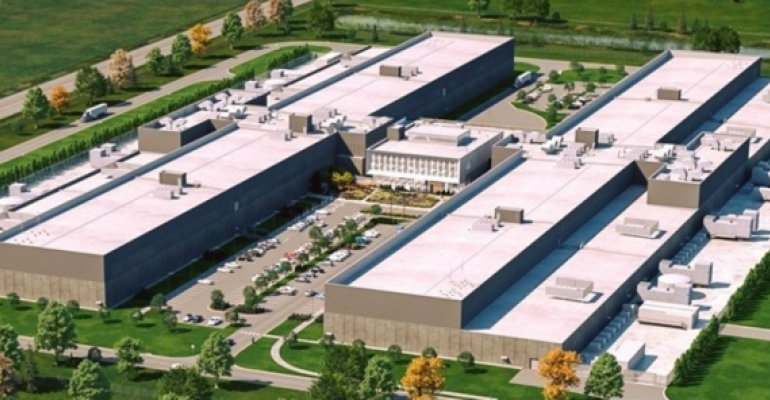 The computing facility in DeKalb will be more than 900,000 square feet.

Facebook will build its next US data center in DeKalb, Illinois, a town about 60 miles west of Chicago.

Related: To Get to Six Data Centers Per Region, Facebook Rethinks Its Network (Again)

DeKalb will be Facebook’s 12th US data center site, a total that includes sites already online and sites the company has announced but has yet to launch. The total doesn’t include data centers Facebook leases from data center providers like Digital Realty Trust and Cloud HQ.

Facebook has three operational data centers it has built and manages on its own in Europe, located in Sweden, Denmark, and Ireland; and one under construction in Singapore. Like in North America, the company leases data centers in Europe and Asia in addition to its own sites.

Because of the ongoing COVID-19 pandemic, instead of the traditional in-person groundbreaking ceremony with local officials, the DeKalb project was announced in a video, including addresses from Illinois Governor JB Pritzker and DeKalb Mayor Jerry Smith.

DeKalb is a former industrial town that lost much of its industry in the 1970s and 1980s. Its economy was further battered by the 2008 recession, and it will undoubtedly feel the growing impact of the pandemic-induced economic crisis that’s just getting started.

Like in many such towns around the country, local officials hope a massive data center project will give the economy a much-needed boost and a shot at creating a “new identity,” as one of the speakers in the video pointed out.

“We selected this site because of the robust infrastructure, access to renewable energy, strong pool of talent for us to draw from, and a great set of community partners,” Rachel Peterson, Facebook’s VP of data center strategy, said in the video.

Facebook-built data centers announced but not yet launched: