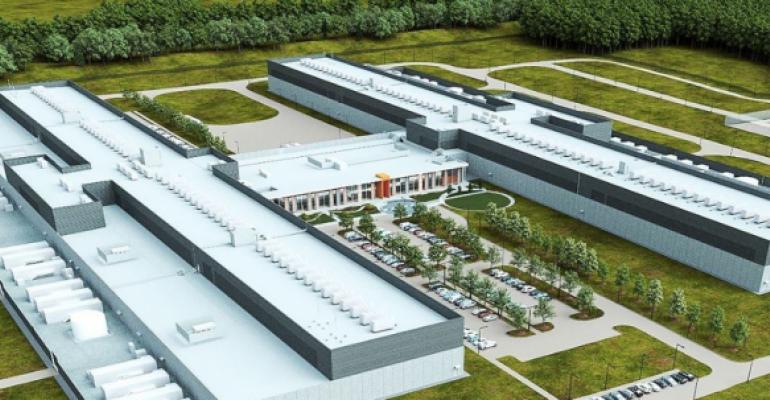 The city’s tech-job market is growing, while the cost of living and energy rates are low.

Huntsville, Alabama’s already fastest-growing tech-job market in the US is about to grow even faster.

Facebook is planning to spend $750 million to build the next of its sprawling data center campuses in Huntsville. After receiving the green light from local officials to buy 340 acres in North Huntsville Industrial Park for $8.5 million in May, the company officially announced its plans Thursday.

Facebook has been expanding the data center footprint that hosts its massive cloud platform around the world at an unprecedented rate since last year, when it announced a record number of new data center locations. It hasn’t slowed down this year.

Huntsville has a robust and growing tech sector, but it also has low-cost real estate and some of the lowest electricity rates in the country, according to the US Energy Information Administration.

Facebook said it has negotiated a “renewable energy tariff” with Tennessee Valley Authority, which will enable it (and other “qualifying customers”) to buy renewable energy for the data center. The company plans to power the facility 100 percent with energy from new solar projects in the area. It has yet to identify those projects, according to the announcement.

Not all utilities around the US are set up to sell renewable energy, which is why Facebook and other hyperscale data center operators have been working with individual energy providers to establish renewable energy tariffs to ensure they can deliver on their sustainable-operations commitments.

Facebook won’t be the only hyperscale data center operator in the area. Alphabet’s Google is converting a defunct coal power plant in the neighboring Jackson County to a data center.

Google also said it had negotiated a renewable-energy agreement with Tennessee Valley Authority back when it announced the $600 million project in 2015. After a few years of delays, construction of the Google data center started this past April.

To sweeten the pot, the State of Alabama has agreed to give Facebook $86.25 million in incentives over the course of 10 years, according to the press release issued by Governor Kay Ivey. In return, the state expects to receive close to $300 million in new tax revenue from the data center over 30 years, in addition to 100 new high-paying jobs Facebook has promised to create.

About a year ago, the job site ZipRecruiter found that Huntsville had the highest growth in tech jobs in the US, the three top tech jobs in the metro being software engineer, systems engineer, and systems specialist. The city had added about 300 percent more tech jobs than the previous year, ZipRecruiter said, based on job listings in its database.