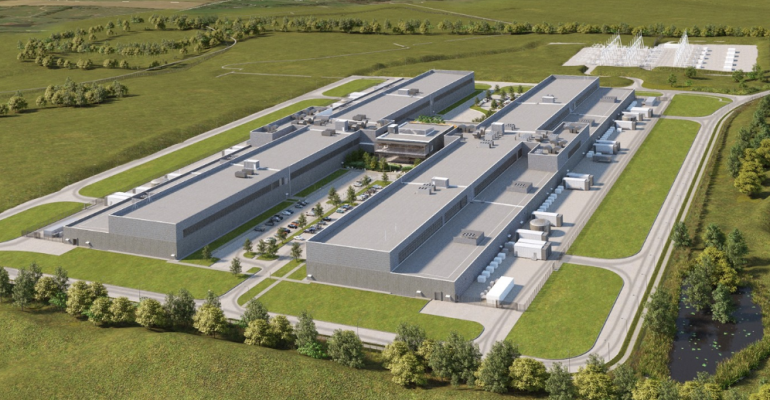 It was widely assumed that the social media giant was the company behind ‘Project Woolhawk’ in Gallatin.

Facebook announced Wednesday a plan to build an $800 million data center in Gallatin, a small town just outside of Nashville, Tennessee.

Local officials haven’t been shy in recent months to talk about bagging the massive project, something they had been working on for years, stopping short of definitively confirming the name of the company behind it. The project was referred to only as “Project Woolhawk.”

Related: How a Small Town Outside Nashville Lured a Hyperscale Data Center

Facebook acquired the 809 acres of land for the data center this year for $20 million under the name Woolhawk LLC, according to the local news site Gallatin News. It’s customary for hyperscale platforms to use different legal names to buy land for their data centers before they are ready to announce the projects publicly.

Officials expect the 982,000-square foot Facebook data center campus to become the largest source of revenue in the county and create some of the highest paying jobs in the area.

“We didn’t need any more $15-an-hour jobs,” James Fenton, executive director of the Gallatin Economic Development Agency, told DCK earlier, recalling the time when he and his colleagues kicked off the effort to attract a hyperscale data center project to the city. “We just looked out there and decided this was the direction we wanted to go.”

The city has approved a package of tax breaks worth $19.5 million for Facebook, according to Gallatin News. But they expect the project to ultimately be “revenue-positive.”

Facebook said it has signed contracts for 220MW of new solar energy generation in Tennessee in support of its operations in the area. “And we are planning on contracting for even more in preparation for this data center coming online,” the company said in a blog post.

It is the second Facebook data center construction project announced this year. In June, the company said it would build a data center campus in DeKalb, a town outside Chicago. It will be about the same size as the Gallatin one and also require an $800 million investment by Facebook, the company said.

Facebook has three operational data centers it has built and manages on its own in Europe, located in Sweden, Denmark, and Ireland; and one under construction in Singapore. Like in North America, the company also leases data centers in Europe and Asia.