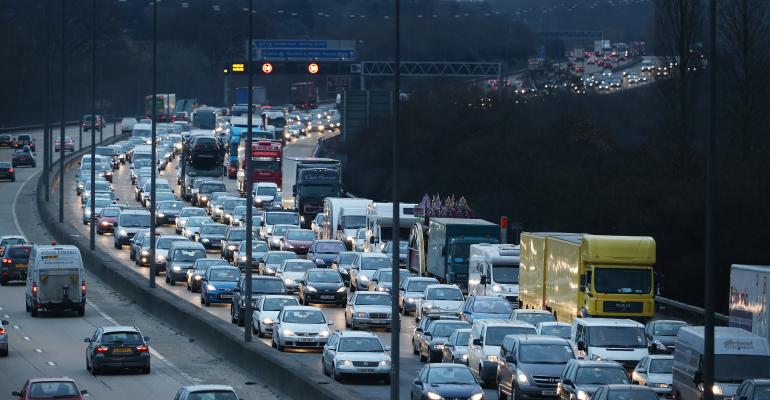 Hoping to take advantage of enterprise hybrid cloud adoption, the company envisions a campus with up to 90MW of capacity.

Finding space for a modern data center inside London’s M25 ring motorway is hard. Expensive real estate and the lack of it available at the scale needed for a multi-building site has led to most data center construction moving to satellite towns like Slough. UK data center operator Virtus – as of this month a wholly owned subsidiary of Singapore-based ST Telemedia – considers itself lucky to have found a large brown-field site near the Stockley Park industrial area that’s home to many UK-based technology companies.

“We’ve been looking for some time,” Virtus CEO Neil Cresswell says, “and this is the first time we’ve seen something like this.” Virtus’s new site is part of a square plot, and initially they’ve taken half the plot for two halls, with an option to take the rest, as there’s plenty of available power.

Canal as a Fiber Route to London

The Stockley Park area has other advantages, as it’s close to the Grand Union Canal. While the canal dates back to the 19th century, its tow path is attractive as a route for fiber ducts. “Getting permission to dig fiber in London is hard,” Cresswell notes, but that’s not the case for the canal, which is the main fiber route between London and Slough (where Virtus has other data centers).

According to him, Virtus treats fiber provisioning differently from other providers, not waiting for carriers to do the work – which they won’t do until there are customers, who in turn want to wait until there’s connectivity. “We dig ducts to wherever the local routes are rather than waiting for the line to come in. Then we lease the ducts back to the fiber companies, giving us flexibility to go live with multiple carriers.” As he says, “It’s a chicken-and-egg situation. Someone has to move first, and we made that decision.”

Design to Address Most of the Market

The new data center, due to open in 2018, will be a fairly traditional design. While Virtus does deliver some custom functionality for certain customers, the company prefers to use a standard design that addresses most of the market. The site will use chilled-water cooling, with three cooling arrays for N+1 redundancy. Backup power will come from an N+N UPS array and N+1 generators. The overall design PUE is less than 1.3, with a power density between 2.25kW and 2.5kW per square meter. Build-out will be in phases, Creswell tells us: “The first chunk will be 5MW in a single hall,” with up to 90MW of usable IT load available to the site from a 110MVA supply that’s sourced from two different substations.

So, why a data center inside the M25, where land and power are at a premium? “A lot of technology companies are interested, Cresswell told us. “It’s expansion for cloud companies, outside their existing data centers… They need metropolitan fiber connectivity in metropolitan areas.” Virtus is expecting customers from across the industry to use the site too, as they are looking for convenience of access to their hosted hardware.

Good connectivity close to major peering points has other advantages. Cresswell is seeing customers using Virtus data centers as part of a hybrid cloud strategy, so the company has added direct connections to cloud service providers to support that. “More and more people are asking for private direct connections as standard, and we have connections to AWS, to Azure, and to Oracle,” he says.

Marion Howard-Healy, senior consultant at BroadGroup, sees demand for data center capacity around London remaining high, even with political uncertainty. “In terms of London and Brexit, we are still seeing relatively limited impact,” she says. “This has been particularly helped by the hyper-scale cloud companies increasing their commitment to the UK, particularly Google and Microsoft. All the cloud players are also headquartered in London, rather than a regional location.”

Tim Callaghan, Cloud Transformation Director at Avanade, ties the demand for data center capacity around London to the shift UK companies are making to cloud services after initial reluctance. “The typically conservative yet dominant industries such as finance, energy, and utilities, which make up the bulk of the UK economy, are starting to better understand the stringent security criteria and operational performance benefits that cloud can offer, and how the technology can allow them to get a business edge if used properly. This in turn has created demand for powerful data center capabilities closer to home; as more UK companies look to run a cloud-first business seek secure, high-performance, and low-latency cloud offerings.”

Another interesting customer base comes from academia; Virtus’s Slough data center is already hosting the racks for a 21-university high-performance computing collaboration. With additional space and improved bandwidth, as well as a direct connection to Slough, Cresswell is hoping that additional research systems will take advantage of the new site. “There’s very low latency between the two sites,” he notes, “which will keep the cost of networking equipment low.”

Howard-Healy reiterates the importance of location to many customers: “Virtus has a number of cloud customers who want proximity to LINX (the non-profit London Internet Exchange), and we are also still seeing a lot of customers who want to be close to the data center because there is a need for them or their customers to visit.”