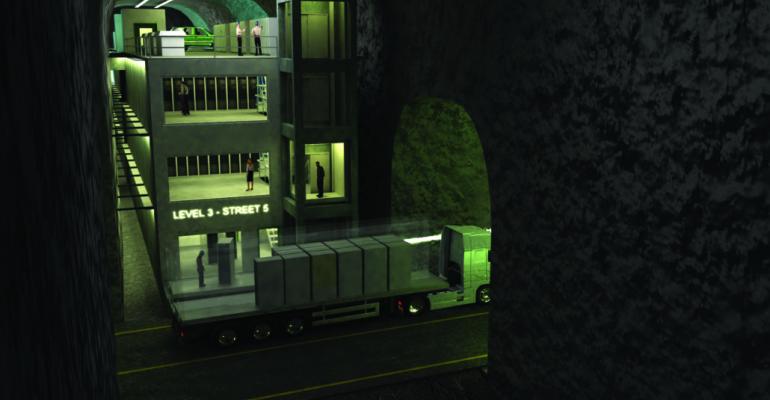 Critical Thinking: The Scandinavian country hopes offering tax incentives and slashing red tape will help it become a champion in attracting hyper-scale operators to its shores.

Norway is not a country content to rest on its laurels it seems.

As well as bagging the top spot at the recent winter Olympics in PyeongChang, it has amassed a fortune from its oil reserves.

But it seems economic and sporting successes are not enough. Norway is now after a prize of a different kind: hyper-scale data centers.

To that end the Norwegian government recently published Powered by Nature: Norway as a Data Center Nation, a report that details the country’s credentials as an ideal data center location.

Norway does have some established data center operators already, such as Green Mountain, Digiplex, and Basefarm. One of the most recent projects is also the most interesting: the Lefdal Mine Datacentre (which we have written about before) has ambitions to be the largest facility in Europe, and, as the name suggests, it is completely underground.

But unlike its neighbors Sweden and Finland, Norway so far hasn’t been able to attract any of the hyper-scale platforms to its shores.

“The Norwegian data center debate is focused largely on the establishment of large data centers by global actors such as Google, Facebook, Amazon, Apple, and Microsoft. Several Norwegian companies are working actively to attract such data centers to Norway,” the report states.

It includes some specific analysis of what the potential benefits of hyper-scalers setting up shop in Norway would have for local economy:

The hypothetical establishment of a hyper-scale data centre would directly contribute 3,000 full-time equivalent job positions in the 12-year analysis period. When fully up and running the data centre would have direct employment effects of about 225 full-time equivalent positions annually. The direct economic impact for the entire construction period is estimated at approximately NOK 1.3 billion ($164 million).

Coincidentally, I recently returned from my second trip to Norway, where I witnessed first-hand some of the things it has to offer data center operators.

First the positives: One that springs immediately to mind is the temperature. After visiting in February, I can report that Norway is indeed a great place for free cooling (the only thing that is free in Norway it seems). The temperature where I was, in Bergen, barely rose above 5°C (40°F), and it’s one of the warmer parts of the country, thanks to the Gulf Stream.

But free cooling alone doesn’t play a big part in data center siting decisions. Much of Northern and central Europe is ideal for free cooling for the vast majority of the year. So what else have the Norwegians come up with? The list is actually quite extensive:

Given all that, why hasn’t Norway been able to attract a hyper-scale operator to date?

Data center siting decisions are inherently complex, so there could be a whole number of reasons. Most likely, Norway just hasn’t yet made as effective a case – through tax cuts and other incentives – as some of its neighbors have.

You could also argue that Norway doesn’t really need the income or the jobs compared to some of its neighbors, but every government is keen to talk up its digital strategy and map a path to future growth.

I was also rudely reminded on my most recent visit (the first time was on expenses, so it largely passed me by) that the cost of living in Norway is astronomical. Two drinks and some nuts in the airport cost nearly $30. A meal out for two is easily $100-plus for even the most basic restaurant.

That high cost of living is to some degree a result of Norway’s enormous oil wealth. It’s estimated that the country has sovereign wealth funds with close to $1 trillion in assets; that equates to nearly $200,000 per citizen.

As long as data center workers were locally employed, the cost of living wouldn’t be so much of an issue. Wages tend to be relatively high across the board in the country, and there is much less salary inequality compared to the US or UK.

It remains to be seen if the government’s push will help attract hyper-scale platforms to the country. But, if its recent showing at the Olympics is anything to go by, it won’t be for lack of a will to win.

Note from the editor: Andrew has found a new opportunity, and this is his final article on our site. It's been great having his voice on DCK, and we thank him for all the great work he's done writing the Critical Thinking column. Best of luck, Andrew!