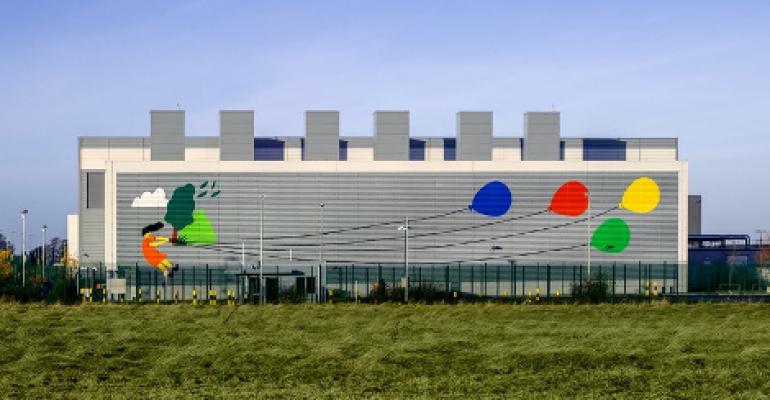 Ireland is already a European data center hub, having become one in recent years, with some of the largest tech companies -- the likes of Amazon, Facebook, and Google -- building massive server farms there. And the growth continues.

In January, for example, Amazon got the go-ahead for a €1 billion project in Dublin, and T5 Data Centers announced a planned €200 million, 46MW data center campus in Cork.

The location offers lots of free air cooling and access to undersea fiber routes, T5 said in a statement. And the timing is right, because of the "new EU data sovereignty laws which could drive data center traffic from the UK following Brexit.

"We expect [email protected] to attract European customers seeking a new location for their enterprise operations, and for US companies seeking a European data center presence," the company added.

T5 is not alone. Brexit and GDPR are top-of-mind for companies these days, said Shane Nolan, senior VP of technology for consumer and business services at IDA Ireland, the agency responsible for driving foreign investment in the country.

GDPR -- Europe’s new General Data Protection Regulation that goes into effect this May -- restricts the movement of data outside Europe and other approved countries. The US, for example, is on the approved list, due to the Privacy Shield agreement. The UK is good for now, because it's still part of the EU; but it’s in the process of leaving union, and there are worries that all the confusion around Brexit may have implications with regard to the GDPR.

"There have been suggestions that data is something that we can diverge on and, for instance, that GDPR can be weakened or abandoned," said Emma Fryer, associate director of techUK, the trade association for the UK technology industry, in a report released last week. "This goes directly against the views of the sector as our trade in digital services is primarily with the rest of Europe.

Meanwhile, some US companies are also worried about the long-term viability of Privacy Shield since its predecessor, Safe Harbor, was struck down by the courts.

"Safe Harbor came crashing down quite suddenly," IDA Ireland's Nolan said. "So a number of our clients said that they might end up with segmented territories for data hosting."

Meanwhile, Ireland is right there, and it’s staying in the EU.

Plus, the country has low corporate taxes and an English-speaking population, making it even more attractive for international organizations looking for a European presence.

"And from a fiber distribution perspective, Ireland has the most fiber routes, and the has the shortest fiber routes between Europe and the US," said Nolan.

Ireland currently has 420MW worth of data center power, he said, and this is projected to growth to about a gigawatt by 2024.

The market is not yet as big as Europe’s largest data center markets, such as London, Amsterdam, or Paris, but is growing quickly, he said, especially for public cloud platforms and their hyper-scale infrastructure.

According to Irish power authority EirGrid, about 15 percent of all electricity demand in Ireland will come from data centers by 2026.

Cloud accounts for 67 percent of the Ireland data center market, according to a JLL report released last month. Hyper-scale demand accounted for more than 12MW in 2017, passing Paris. In contrast, London and Amsterdam markets are mostly made up of colocation facilities, Nolan said.

Additionally, hyper-scale construction projects are complex, and Ireland has lots of experience with them. And, unlike locations further north, there's less bad weather delaying projects, he added.