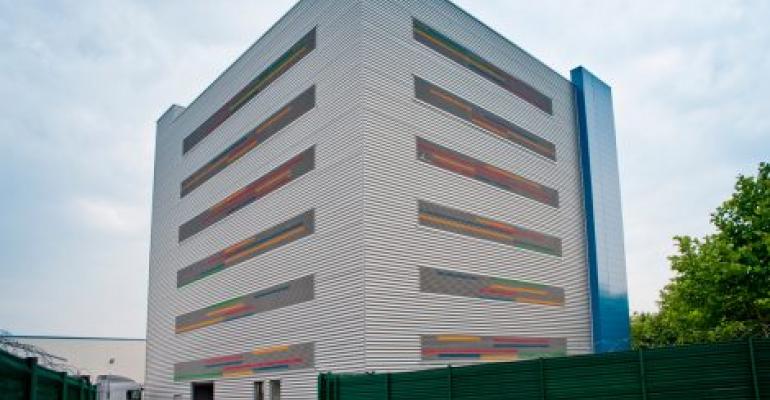 Beating Amazon in the Cloud? Europe's Betting on Paris's P19

Marie Mawad and Alexandre Boksenbaum-Granier (Bloomberg) -- What began as a micro-loan from a billionaire, a moving van, and the name P19, now intends to push into the U.S. and rival Amazon.com Inc.’s $12-billion-plus cloud business.

The name stands for Paris and its 19th district, where 42-year-old Octave Klaba set up his first data center after borrowing money from fellow entrepreneur and one of France’s richest people, Xavier Niel, and moving equipment back and forth from hometown Roubaix in the north of France.

Started in 1999, OVH Groupe SAS now has a valuation over $1 billion and is expanding to the U.S., with KKR & Co. and TowerBrook Capital Partners as backers.

“It’s too late for new players who’d want to enter the market at this point, but for us everything remains possible,” Klaba said in an interview in Paris. “Now is the crucial moment for us. We have three years to become a giant, or fail."

But unlike Amazon Web Services, which both hosts and competes with Netflix Inc.’s video content, OVH is a pure-player, avoiding the uncomfortable position of being a threat to customers, Klaba said.

In Europe it has been able to grow sales 30 percent per year and generate profit, flourishing as everything from vehicles to factories become connected via cloud platforms, and companies from carmakers to industrials store exponential amounts of data about their customers. OVH has also built data centers to cater for businesses that need to keep its data in the country or region it does business in.

For the next decade, the demand for space in such centers is expected to drive cloud offerings. The market will grow at 27.5 percent on average each year by 2025, to reach about $1.25 trillion, a report by Research and Markets showed. While U.S. players dominate and Asian giants like Alibaba Group Holding Ltd. fight to catch up, Europe is nowhere to be seen.

Microsoft Corp. reports having spent over $15 billion since 1989 on its data center infrastructure. OVH is a dwarf in comparison, with a plan to spend 1.5 billion euros ($1.7 billion) on infrastructure by 2020. It has built 27 data centers in countries from Poland to Canada, including two in the U.S., in Virginia and Oregon.

“Success for the smaller players is all about carefully defining and targeting niche markets, specific applications, specific user groups or specific geographic regions,” said John Dinsdale, chief analyst at Synergy Research Group. “OVH is most certainly not doomed. It just needs to figure out how it can build and maintain a position for itself that is not reliant on replicating Amazon AWS, Microsoft Azure and Google Cloud Platform.”

OVH is targeting 1 billion euros ($1.16 billion) in sales by 2020, more than double the 420 million euros it recorded in the year closed end-August. It plans to hire 1,000 additional staff globally in the coming 12 months in fields from coding to servers manufacturing as well as support functions, adding to its current 2,100 employees.

The closely-held company raised 250 million euros from financial investors KKR and Towerbrook in 2016, followed by 400 million euros in debt this year, and doesn’t need more money this point, Klaba said. As it starts drafting its next strategic plan, which may include expanding into places like China, Russia and Brazil, the company will weigh whether it makes sense to go public.

“We’re the only European cloud provider with the potential to scale, in an industry where critical mass is essential,” Klaba said. “We have the capacity to invest, to grow, to innovate. Our main challenge is recruitment.”