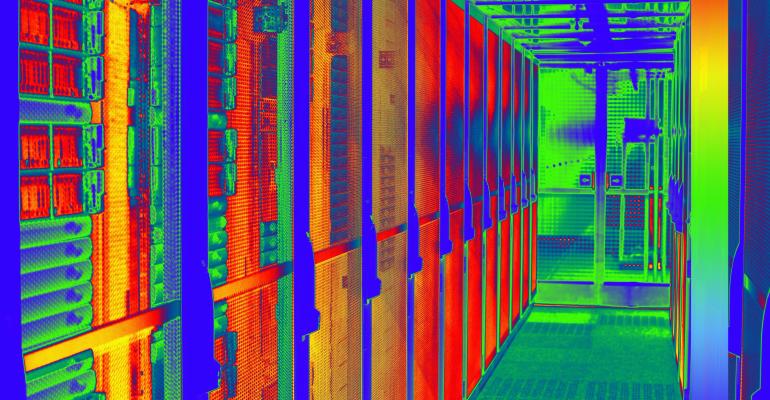 Hot in Here: Is Raising Temperatures in Data Centers Good for Hardware?

Equinix’s plans to increase temperatures sparks debate, but if successful, the colocation provider could fuel an industry trend.

When colocation giant Equinix recently announced plans to bump up its data center temperatures to 80 degrees Fahrenheit, it raised two questions: is it safe for hardware, and will other data center operators follow suit? Some industry analysts say it is not only safe, it will become a trend. But it depends on whom you ask.

Equinix certainly feels it’s safe and is touting the benefits. By increasing the temperature at each of its 240-plus data centers, the company said it will reduce energy consumption by 10% in some locations, decrease its carbon impact and help its customers reach their supply chain sustainability goals.

Equinix said the effort will also reduce its energy costs. According to the company, its cooling systems currently account for about 25% of its total energy usage globally.

“We are anticipating a long-term benefit in reduction of infrastructure energy costs from efficiency improvements,” Equinix told Data Center Knowledge. “Our actions to improve energy efficiency in the data center should help further insulate our customers against a volatile energy market and advance their sustainability goals.”

Equinix said the higher temperature will not affect the longevity and performance of servers and storage equipment. ASHRAE, the American Society of Heating, Refrigerating and Air-Conditioning Engineers, recommends that servers and storage hardware operate in the 64.4 to 80.6 degrees Fahrenheit (18 to 27 degrees Celsius) range in data processing environments, so 80 degrees Fahrenheit is within the recommended range.

“We are aligning with ASHRAE because its standard range has been extensively tested and proven safe. The ASHRAE A1 Allowable (A1A) is an internationally recognized standard operating envelope for mission-critical IT equipment. It has been widely adopted by IT equipment manufacturers since 2011,” Equinix told Data Center Knowledge.

“Since then, empirical studies have validated the temperature and humidity range as a suitable environment for operating IT hardware without additional risk of equipment failure or reduction in computing performance,” Equinix added. “In addition, equipment manufacturers and our customers’ hardware have had refresh cycles to ensure that their hardware is ready to operate within A1A.”

ASHRAE first published its “Thermal Guidelines for Data Processing Environments,” in 2004 and has updated its guidelines four times with the last update in 2021, said Matt Koukl, vice chair of ASHRAE Technical Committee 9.9.

“The thermal envelope has increased over the years based upon extensive research funded by ASHRAE,” Koukl told Data Center Knowledge.

What the Experts Say

Advances in hardware allows organizations to operate their equipment at higher temperatures, he said.  For example, solid state drives (SSDs) don’t have moving parts, so they can operate hotter than hard disk drives (HDDs), he said. In contrast, HDDs have spinning disks and generate more heat, so they need to be cooled and operated at a lower temperature.

Whether a data center operator can increase its temperature to 80 degrees without affecting hardware depends on the composition of the data center and the hardware inside it, Brothers told Data Center Knowledge.

“Changes to existing environmental conditions – temperature, humidity, airflow – need to consider the IT equipment requirements, '' Dr. Levy told Data Center Knowledge. “Legacy IT equipment may have different operating environmental conditions established by the manufacturer when compared to newer technologies. Compliance with the manufacturer's temperature guidelines is important to guarantee the desired equipment's performance and lifespan.”

However, one industry insider said increasing the temperature in data centers could potentially impact the longevity of server and storage hardware. It’s uncertain, but years from now, it’s possible that colocation customers will find that the higher temperature may have reduced the life span of its servers from seven years to six years, he said.

“It potentially could have an impact because all the components inside servers will operate at a higher temperature by default,” the industry insider said.

Time will tell. If Equinix is successful and proves that the higher temperature doesn’t affect the equipment, then other colocation providers and data center operators may follow suit, he said.

“If they report nothing happened, then more people will start doing it, which is good for the industry,” the insider said.

In fact, some analysts believe raising data center temperatures will become a trend. Equinix is the world’s largest multi-tenant data center (MTDC) operator, and for the company to announce plans to raise the temperature across all its data centers to improve sustainability is significant – and it soon may spur other colocation providers to adopt a similar strategy, said Sean Graham, IDC’s research director of cloud to edge data center trends.

“It has broader implications in the market. People may say, ‘it’s Equinix. This is the top dog in the MTDC space,’ maybe we can take this step now,” Graham said. “As organizations are being crunched with energy prices and an impending recession on the horizon, this is potentially a way for them to become more sustainable themselves and to look for savings as we head towards a recession and rising costs across the board.”

While Equinix is staying within ASHRAE’s recommended temperature guidelines, Meta, in its pilot, is blowing past it by nearly 10 degrees.

Meta can do that because it operates in a different environment. Meta is powering and managing its data centers simply for themselves, while in the colocation market, Equinix must meet service level agreements and have customer input into how it operates, Graham said.

“Meta doesn’t have the same constraints. It is essentially a closed system where it can define the parameters,” he said.

While colocation providers may have a blend of 20 different suppliers of servers, Meta uses uniform servers and can run at 90 degree temperatures because it has built-in resilience, the industry expert who requested anonymity said.

From Meta’s perspective, losing a server, a rack or even a whole site doesn’t affect service to the customer. “They’re much more tolerable to failures because the customer experience is not affected,” he said.

“I’ve seen it in enterprise data centers. But they don’t have the need to go public to promote their brand with it. A lot of it is driven by energy costs and sustainability initiatives,” he said.

But there will be many who refuse to budge. Most organizations keep their data centers in the 68 to 71.6 degrees Fahrenheit (20 to 22 degrees Celsius) range, Graham said.

“It’s fear based, and because they’ve always done it that way,” he said. “I always go back to what I heard from a Fortune 500 CIO. When I tried to pitch something like this, he said, ‘If I save energy, I get a pat on the back. If the data center goes down, I get fired.’”

In the meantime, Graham says the announcement was a smart move for Equinix because they can differentiate themselves in the market and will be seen as one of the more sustainable data center operators.

“It can be a case study, and depending on the results, it could become a best practice,” Dr. Levy concluded.