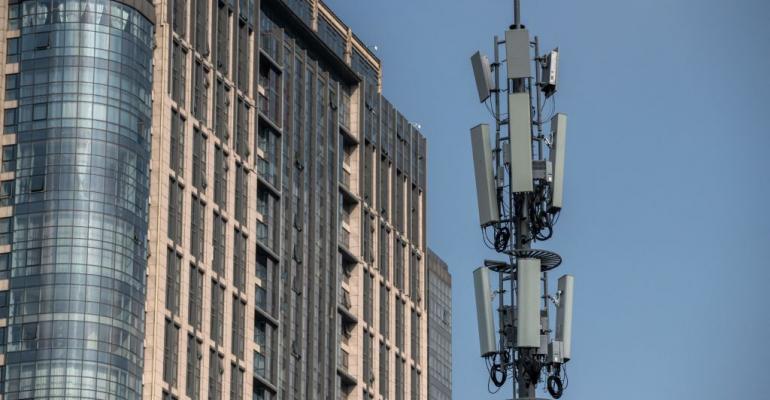 Blurring of the boundaries between 5G and cloud infrastructure may be an opportunity for the colocation giant.

Mobile carriers keep most of the equipment that powers their networks in their own facilities. To serve a YouTube video to a subscriber, for example, a carrier “backhauls” the data from a YouTube data center to one of its central offices and pushes it out to the subscriber over its LTE network.

But 5G connectivity is meant to enable ultra-low-latency applications, for which this traditional architecture doesn’t work. For Equinix, the world’s largest data center provider by revenue, this is an opportunity to attract a whole new class of customer to its facilities.

To deliver low-latency applications over 5G networks to their users, mobile carriers may have to install a lot of their network equipment in facilities operated by the likes of Equinix, where they can connect their networks directly to the companies that create those applications.

“Netflix works just fine. Right? Everybody's happy,” Jim Poole, VP of business development at Equinix, said. “However, if I wanted to do something that, say, had much lower latency, or I didn't want to transport traffic [over] huge, huge distances, hundreds of miles, then I would need to start breaking traffic out more locally. And I would need to do it at a place where the applications that want to have access to that traffic live. Well, that's a place like Equinix.”

Equinix’s business revolves around the concept of “ecosystems.” Instead of simply providing space, power, cooling, and a network connection to its customers, it creates digital-services marketplaces of sorts inside its buildings. Simply put, it’s where companies can connect their networks to each other to do business together.

Poole’s main job is to find opportunities to “seed” new kinds of ecosystems, and he sees the need for 5G network operators to be physically close to application providers as one. The effort, he admitted, is in its very early stages.

Recent moves by large mobile carriers and cloud providers illustrate how 5G blurs the boundaries between mobile infrastructure and traditional cloud infrastructure. Dish Network has a deal with AWS to run its core 5G network on Amazon’s cloud. AT&T sold its 5G mobile network to Microsoft last month to have the cloud provider operate it on Azure.

We recently spoke with Poole about this effort and other new market opportunities Equinix is pursuing on The Data Center Podcast (Apple Podcasts | Spotify | Google Podcasts | Stitcher):

AWS has been standing up Local Zones, or data center sites smaller than its core cloud facilities, in highly populated areas, such as Los Angeles and Las Vegas, to serve applications that use Verizon’s 5G wireless network. Azure has been doing something similar with its Edge Zones.

Many of these deployments, however, are essentially small data centers sitting inside carrier switching facilities. The challenge for Poole, Equinix, and anyone else in the data center business hoping to ride this wave of digital-infrastructure investment is to convince the big players that colocation data centers are more suitable.

This is where Equinix’s ecosystem strategy comes into play. Instead of just having an AWS cluster inside its central office, Verizon may find it attractive to place its 5G equipment in a data center where all the big cloud providers are present.