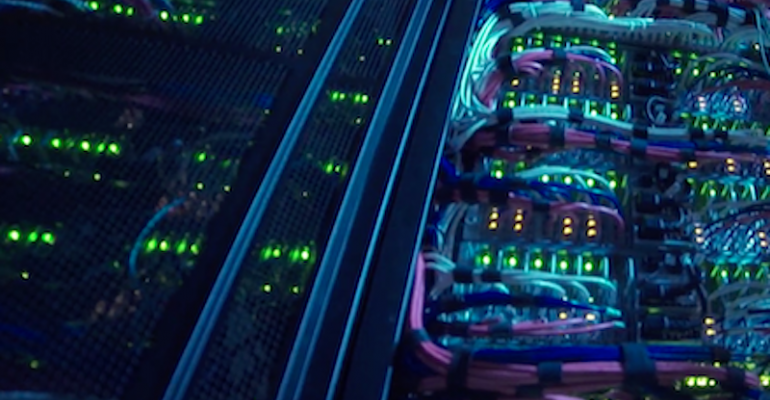 Equinix has closed its acquisition of Packet and disclosed how much it paid for the startup: $335 million.

The plan is to add Packet’s on-demand server provisioning capability to Equinix’s platform, so that its customers can launch dedicated servers inside Equinix data centers much like they do virtual machines in a public cloud like AWS or Azure. The difference is that Packet provides numerous types of bare-metal servers to choose from and the freedom to deploy whatever virtualization platform and other software you need on the machines.

The companies announced completion of the deal Tuesday, less than two months after announcing the acquisition agreement.

The addition of bare metal gives Equinix the ability to make hybrid cloud easier for enterprises and their service providers. It already offers ways for customers to connect to cloud-provider networks from its data centers, but customers have to populate their colocation space with their own hardware if they want to use cloud services in combination with their own computing infrastructure.

Integration of Packet’s platform with Equinix’s will give them the option to provision and manage both dedicated hardware and cloud resources remotely – and consume both as services on a pay-as-you-go basis without having to sink capital in hardware upfront.

Packet, whose investors have included SoftBank and Dell Technologies Capital, is already providing the hardware provisioning substrate for Anthos, Google’s hybrid cloud service that connects on-premises Kubernetes clusters with Kubernetes running on Google Cloud Platform. Google also has a long-standing relationship with Equinix, and now that Equinix has absorbed Packet, the colocation giant will act as a key enabler for Google’s hybrid-cloud play.

Packet also provides some infrastructure for Sprint’s 5G network and the carrier’s Internet of Things platform called Curiosity, announced in 2018. Now, Equinix’s “balance sheet” should give big customers like Sprint and Google the confidence to expand their use of Packet’s platform, something they had been reluctant to do with a young company, Smith told DCK.

Equinix sees the acquisition as a major expansion of its technical capabilities, Jon Lin, Equinix’s president for the Americas region who is leading the Packet integration from the Equinix-corporate side of things, explained.

A big part of Packet’s strategy has been to build its platform in a software developer-friendly way. As a low-level infrastructure provider, Equinix doesn’t know as much about interacting with “the software community,” Lin said. “We’ve traditionally spoken … with the infrastructure side.” Packet adds the ability to engage with a whole new type of customer for the data center provider.

There’s another big dimension to Packet: its bare-metal edge cloud, a network of small edge data centers, some deployed at or near wireless towers. The company has invested a lot of resources in developing this edge capability, recently accelerating deployment. It lists 10 edge cloud locations in North America, two in Europe, and two in Asia Pacific.

For now, however, Equinix is primarily interested in launching bare-metal services across its existing platform of colocation data centers, Smith and Lin said. The company will not continue expanding Packet’s edge cloud footprint, unless there’s high customer interest, Smith and Lin explained.

They declined to share which or how many markets are first on the list for launching the bare-metal capability, but said those decisions will also be driven by customer demand. Lin said the company will share more details on this during its analyst day in June.

They also declined to share how much revenue Packet had been generating as a stand-alone business or whether it was profitable.

Lin said he didn’t expect Equinix shareholders (the company is a publicly traded REIT) to be concerned about the capital investment necessary to buy, install, and manage all the hardware that will have to be deployed in Equinix data centers around the world to support the upcoming bare-metal offering.

To the contrary, he said, the company’s management has been “pretty clear for a number of years” that it’s embarking on a journey to expand its platform capabilities. “Investors have been expecting us to really put meat behind that story.”

Equinix put some “meat behind that story” by enabling software-defined provisioning of interconnection across the global platform last year. In the future, as the bare-metal vision is realized, customers will also be able to provision computing capacity in some or all of its 200-plus data centers remotely, via a software platform.