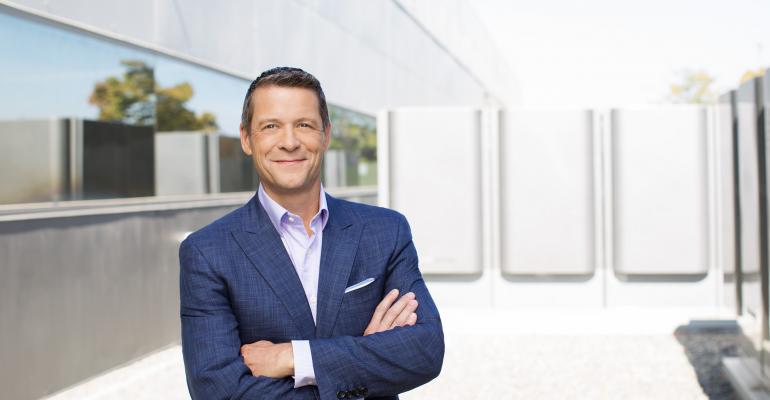 Equinix, the world’s largest data center provider by market share, has named Charles Meyers, who’s been with the company for eight years, its CEO. Meyers is also joining the company’s board of directors.

Until his promotion, Meyers had been leading a recently created business group tasked with aligning business strategy with the broader technology and market trends. He had spent about four years before the group was created as the company’s chief operating officer.

Meyers, who is also joining the company's board, is replacing Peter Van Camp, who had served as interim CEO since the abrupt departure of former CEO Steve Smith. Smith – who is now managing director at the private equity firm GI Partners – left Equinix earlier this year, the company saying he was resigning after “exercising poor judgement with respect to an employee matter.”

Van Camp, who was Equinx’s CEO before Smith, will resume his role as executive chairman, the company said in a statement.

Redwood City, California-based Equinix had 13 percent share of the global colocation market as of this May, according to an estimate by Synergy Research Group. Digital Realty Trust is in second place, while NTT Communications is third, according to the market analysts.

Meyers joined Equinix in 2010 to lead its largest operating region, the Americas. Prior to that, he served for three and a half years as messaging and mobile media group president at the internet infrastructure company VeriSign, while also owning and operating Life Restorations, a “wellness-oriented investment company,” together with his wife, according to his LinkedIn profile.

Part of the work he did in his previous role at Equinix, as president of the company’s one-year-old Strategy, Services, and Innovation unit, was to develop a new initiative called the Hyperscale Infrastructure Team, or HIT. Equinix created HIT to add a build-to-suit product to its traditionally retail colocation and interconnection-oriented portfolio. The product is aimed at selling data center capacity in larger chunks to hyperscale cloud platforms to take advantage of what Smith last year said would be the next wave of cloud data center deployments.

In an interview with Data Center Knowledge this July, Meyers said he expected HIT to develop and lease out hundreds of megawatts of capacity to the top 12 global cloud, technology, and SaaS providers.