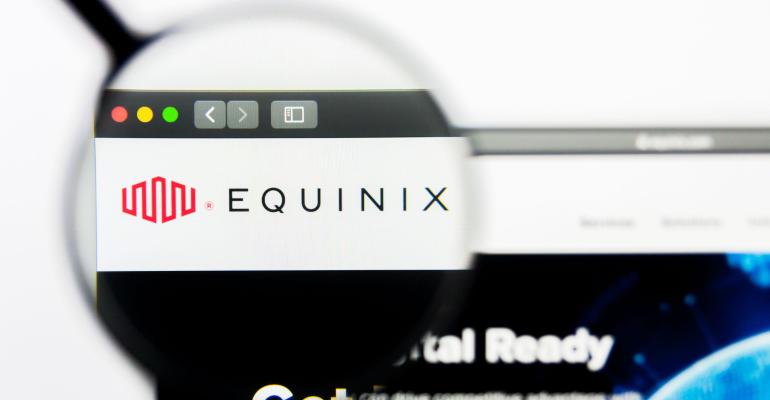 On Wednesday, Equinix announced a $50 million foundation to advance digital inclusion efforts around the world.

Even in tight economic times for most in the tech sector, some firms are restructuring and increasing their philanthropic efforts.

Global colo provider Equinix has set aside $50 million for a foundation to support digital inclusion efforts around the world. Previously, the company was spending about $1 million a year out of its operating expenses to support employee activism and donations and in direct grants to individual organizations.

Related: Docker to Donate Another Core Component to a Foundation

Now, the company will spend $2.5 million a year, or 5% of the foundation's total assets, said Bruce Owen, the company's vice president for employee and community impact.

"The foundation is a way for us to scale on the philanthropic side," he told Data Center Knowledge.

Equinix is also working on environmental sustainability efforts but those will continue to be funded out of operating expenses.

Foundation Partners with Customers and Employees

So far, Equinix has focused its philanthropy on employee matching, disaster relief, and direct grants.

Now, that program will be expanded, said Owen. In addition, Equinix will also look for more opportunities to fund projects in cooperation with its customers.

"We are going to partner with employees and customers to find ways where we can help make the biggest impact," he said.

Equinix is also working with dozens of nonprofit organizations to help bridge the digital divide, and that work will continue, just under the auspices of the foundation.

The non-profits include BigHope, a Texas nonprofit that prepares children for STEAM careers, CLAP-Tech, a group in Hong Kong that helps high school students, and World Pulse, an online social network of women from 227 countries.

"We’ve been supporting these organizations since 2015 and we want to be able to scale that up," said Owen.

Employee donations are matched dollar for dollar, and, for particular campaigns, Equinix doubles the donation. Equinix has also matched employee volunteer hours -- for every hour an employee donates to a non-profit on their personal time, Equinix donates $20 towards a charity of the employee's choice.

Employee engagement efforts will continue to be run by Equinix Inc, Owen said, not the foundation.

"We're about to embark on our impact month, with employees running events around the world, and we will continue to do that," he said. "We do it because it aligns with our company's purpose."

It also aids in attracting and retaining employees.

"I do think it helps," he said. "Especially when employees realize they can commit their energy and efforts to something that has a greater purpose."

Foundation to Focus on Digital Inclusion - Not Climate

The foundation will be focusing on issues related to digital inclusion, not the environment, but that doesn't mean that Equinix isn't committed to environmental causes as well.

In fact, the company joined the iMasons Founding Partner Program earlier this year.

"We signed on as one of the early signatories," said Owen.

More than 160 data centers and related companies have now signed on to the iMasons Climate Accord, signaling a sea change in the industry.

And earlier this month, Equinix announced a research project to look at the feasibility of hydrogen power technologies.

The company also plans to be carbon neutral by 2030, said Owen.

The environmental efforts are critical to the company, he said, and core to how it runs the business. "That will continue to grow and scale, and will not be funded out of the foundation."