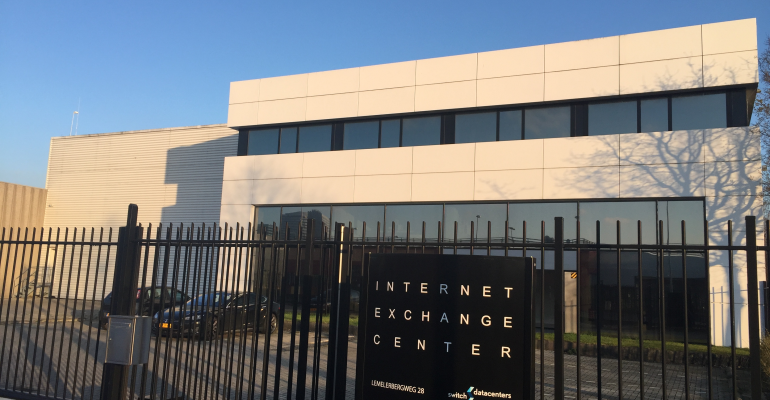 Equinix earlier this month agreed to buy AMS1, one of three facilities owned by Amsterdam data center provider Switch Datacenters (no relation to Las Vegas-based Switch) for $34 million. The building is leased, so Equinix technically bought the data center business Switch operates inside and not the building itself.

The deal expands Equinix’s already sprawling footprint in Amsterdam, one of Europe’s core data center and network interconnection markets that are together referred to as FLAP (Frankfurt, London, Amsterdam, and Paris). Not counting the Switch facility, the company has eight buildings in Amsterdam, totaling about 385,000 square feet of colocation space.

Related: Now That Equinix’s SDN Fabric Is Inter-Region, How Does It Compare to Megaport?

According to Equinix, the network service providers, content companies, and cloud providers hosted at the Switch data center are a good strategic fit for Equinix. Building places where companies interconnect their networks is at the heart of its business model. With a model like that, you want customers that have interest in linking their networks to each other.

The AMS1 building is leased, Equinix said. About 250 cabinets inside are occupied by customers, but the data center can accommodate 700 more when fully built out. There’s an adjacent building the site can be expanded to, which would add another 1,300 cabinets.

Equinix said it will rename the facility to AM11 and make it part of its southeast Amsterdam data center campus, which currently consists of four data centers (AM1, AM2, AM5, and AM7). The Switch building’s customers will have access to Equinix customers’ networks on the campus via a connection to AM7, the company said.

One of Equinix’s most valuable customers in Amsterdam in terms of interconnection is AMS-IX, the world’s second largest internet exchange. The exchange is distributed across 14 data centers in and around Amsterdam, five of them Equinix facilities. AMS-IX is in all the buildings that make up Equinix’s southeast Amsterdam campus.

Once AM11 is connected to the Equinix campus network, its customers will be able to buy campus cross-connects to other tenants in the campus "more efficiently" than they can today through a carrier, Eric Schwartz, the company's EMEA president, told Data Center Knowledge. More efficiently means either more bandwidth at the same cost or the same bandwidth at lower cost, he explained.

The main reason Equinix zeroed in on this particular building is its location, Schwartz said. There are more networks interconnectinging in southeast Amsterdam, the borough called Amsterdam-Zuidoost, than anywhere else in the city.

Switch's AMS1 facility is "next door" to AM7, Equinix's most interconnection-rich data center in Amsterdam. Buying a data center that's already up and running and has both customers and room for expansion was the quickest way to add capacity in the hot Zuidoost market, Schwartz said. Prior to the acquisition, Equinix's "capacity position in the southeast" was "OK," he said; adding the Switch site gives the company more capacity to sell and, importantly, capacity to sell colocation deals larger than it could have sold in its other buildings. Although large, those would not be hyperscale-grade deals Equinix's recently launched Hyperscale Infrastructure Team is going after, Schwartz clarified.