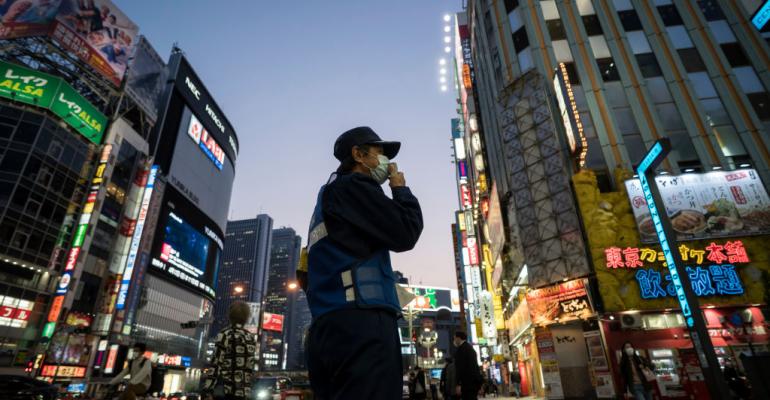 Equinix and GIC to Build Cloud Data Centers in Japan

Absent domestic cloud giants, US and Chinese platforms are rushing into Japan to fill the void.

Japan hasn’t produced a cloud giant of its own, so American and Chinese ones are rushing to sell cloud services to businesses in the world’s third-largest economy. And global data center players are happy to build homes for all those cloud servers in Japan’s hot markets.

Equinix announced this morning a joint venture with GIC, the Singapore government’s sovereign wealth fund, to build three hyperscale data centers in Tokyo and Osaka for the world’s largest cloud platforms. The announcement stopped short of specifying which ones, but all the largest players already use Equinix, including in Japan, for smaller-footprint points of presence.

Digital Realty Trust, an Equinix landlord it increasingly finds itself competing with, also has been lining up additional real estate and construction financing in Tokyo and Osaka through its own joint venture, with Mitsubishi, very likely aiming at the same group of customers.

Jabez Tan, head of research at Structure Research, said the analyst firm was “bullish on the growth potential upside of the Japan data center market, and specifically in relation to the hyperscale colocation segment.

“The absence of a domestic Japanese hyperscale cloud has created a meaningful opportunity for both Western and Chinese hyperscale cloud platforms to capture market share in a large addressable market like Japan, with the third largest GDP in the world behind the US and China.”

There’s already a “pipeline of new hyperscale data center builds” in Tokyo and Osaka, but Japan is in the “early stages” of cloud adoption, Tan told DCK in an email. “There is still plenty of runway for growth in the next five to ten years.” 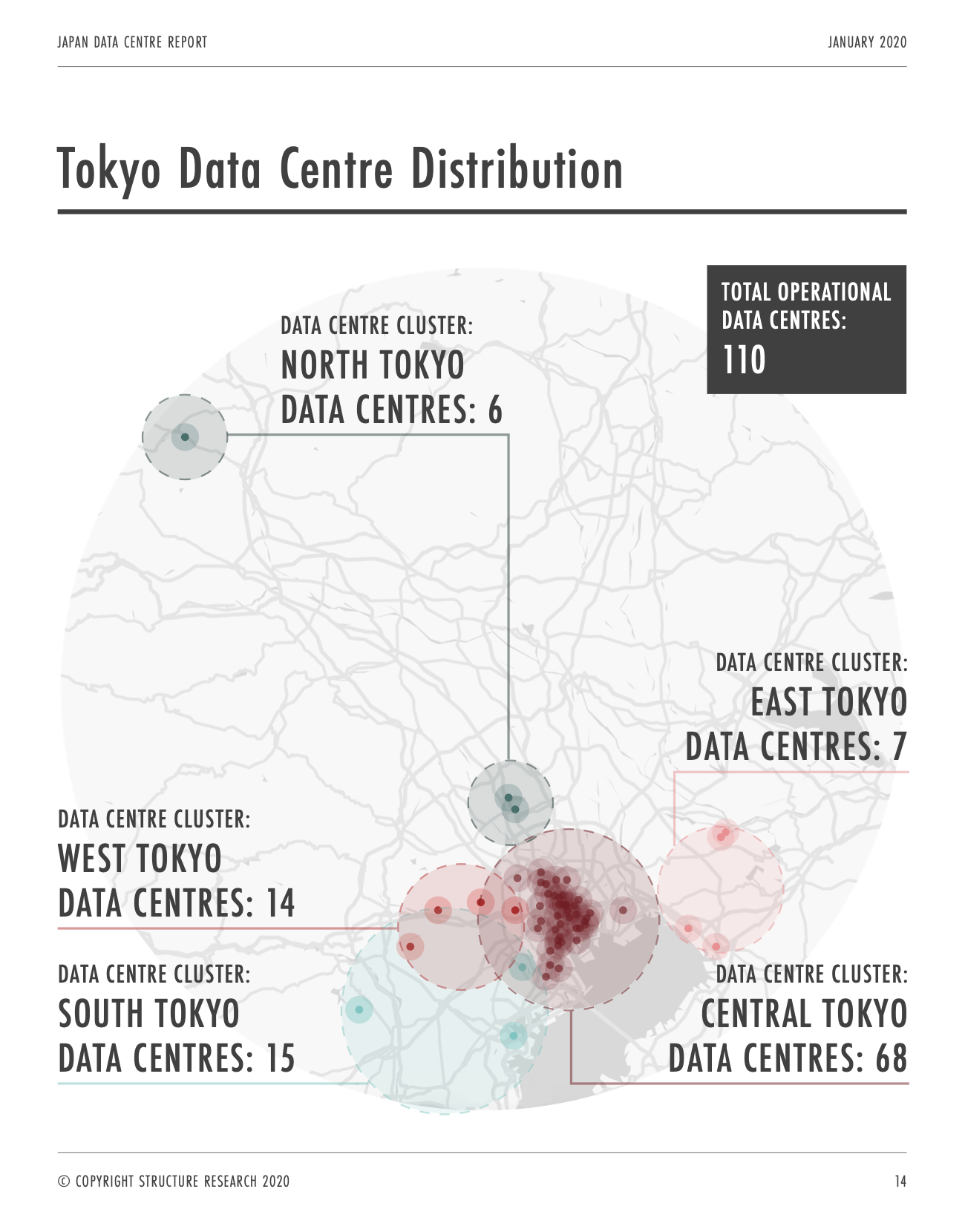 Equinix is planning to build two data centers in Tokyo and one in Osaka, which it said will be “initial facilities” in the $1 billion joint venture it signed with GIC, expected to close in the second half of the year. The Japan-focused deal follows a similar one Equinix and GIC signed last year (also for $1 billion) targeting the European hyperscale data center market.

The Redwood City, California-based colocation giant will contribute its existing development assets in Tokyo and Osaka, as well as land and development rights for another site in Tokyo to the JV.

Once closed, the Singapore fund will own 80 percent of the JV, with Equinix owning the remainder. 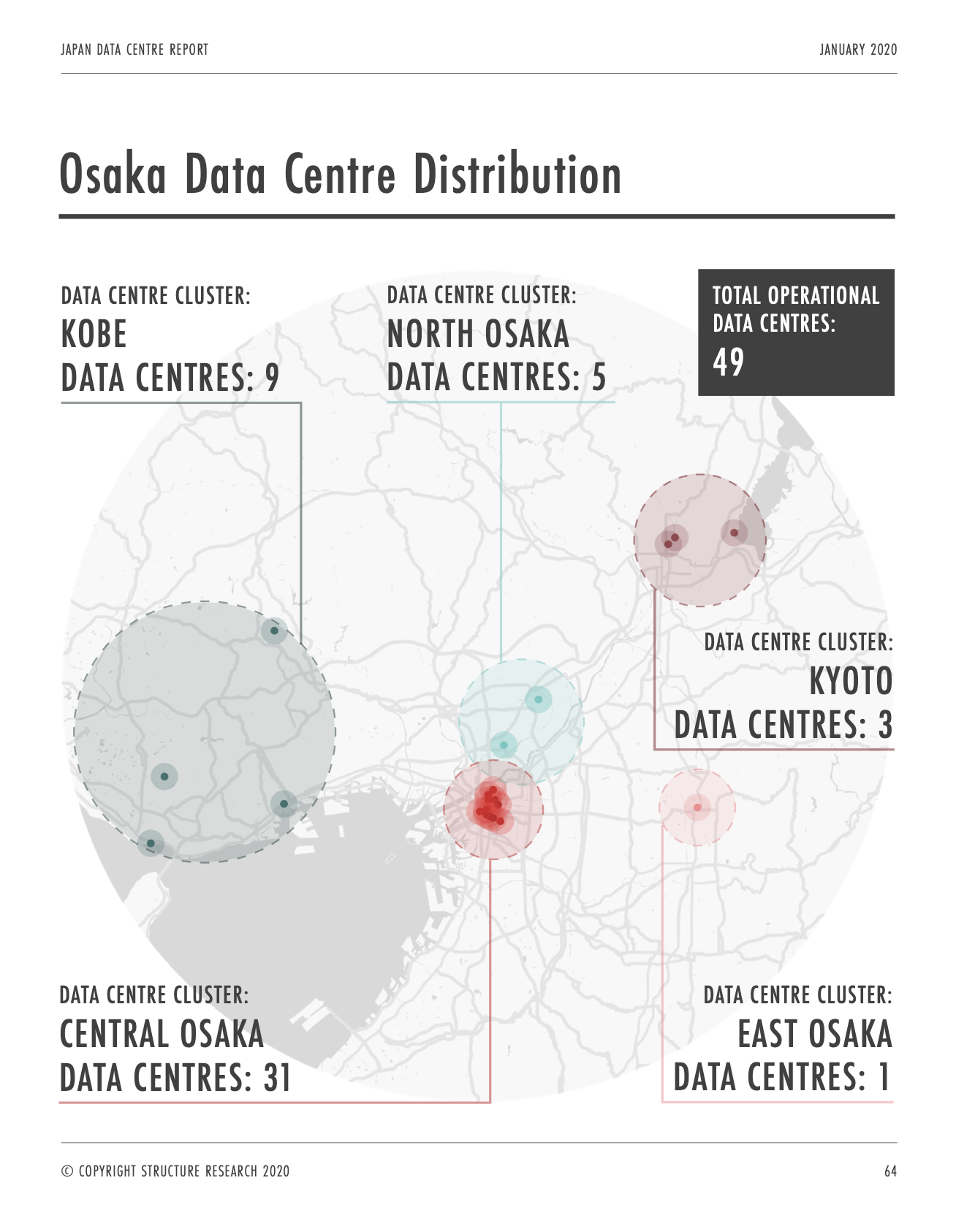 Structure expects there will be about 45MW of hyperscale data center demand annually in Tokyo and about 30MW in Osaka for the next five years.

Structure estimated that the hyperscale market in Osaka was about $107 million in 2019, but that it would grow faster than Tokyo, at 35 percent a year on average for the next five years.