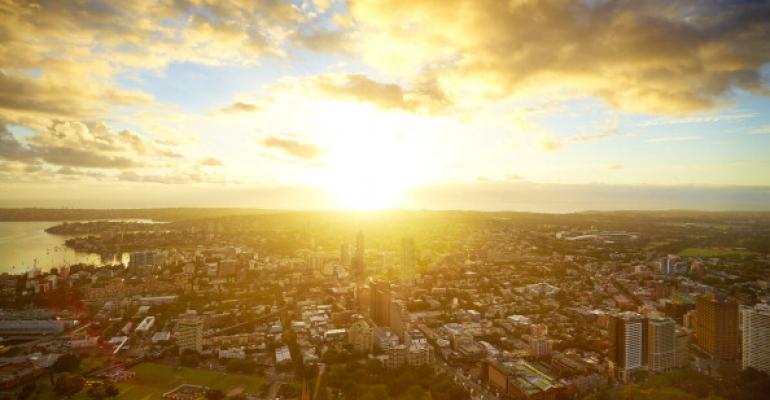 Already a dominant player in Australia, Equinix will now expand in Sydney and Melbourne and enter new markets.

Equinix has agreed to buy Metronode, one of the largest data center providers in Australia, for about US$792 million from the Ontario Teachers’ Pension Plan.

The acquisition gives Redwood City, California-based Equinix – already one of the largest colocation providers in Australia – data centers in four markets where it didn’t have footprint before, but it also expands Equinix’s capacity in the country’s two largest and most important data center markets: Sydney and Melbourne. Australia’s entire colocation industry is centered around these two cities, Jabez Tan, research director at Structure Research, who recently authored a report on the Australian data center market, said.

Sydney is the larger of the two. The Sydney colocation market generated about $380 million in 2016 and is projected to grow about 12 percent this year, according to Structure, which expects it to expand at a compound annual rate of 13 percent between now and 2021. The analysts expect the Melbourne market – which generated $124 million in 2016 – to grow faster. Structure projects a 16 percent compound annual growth rate in the Melbourne colocation market from 2016 to 2021.

As of late, demand for data center services in Sydney and Melbourne has largely been driven by hyper-scale cloud providers, according to Structure. With that in mind, it comes as no surprise that Equinix in its announcement signaled that the acquisition gives it the kind of product in Sydney and Melbourne cloud giants may be looking for:

High-square footage single-client leases aren’t the type of deal Equinix usually prefers. Its strategy revolves around getting as many companies as possible to interconnect their networks inside its data centers. This interconnection-ecosystem strategy yields more revenue per square foot and makes the facilities more valuable to existing clients and more attractive to new ones.

That doesn’t mean Equinix shies away completely from wholesale deals. It does make that type of deal occasionally if the client is large and “strategic” enough. The biggest cloud service providers in the world are those strategic clients, and they are all growing in Australia.

Microsoft already operates Azure data centers in the Sydney and Melbourne markets and has a major new region in the works in Canberra. Amazon Web Services, Google Cloud Platform, and Alibaba Cloud operate cloud data centers in Sydney. Structure expects Google and Alibaba to accelerate expansion in those markets in the coming months.

Australia, like other mature markets in the Asia Pacific region, is a magnet for massive-scale cloud and this is even more crucial for Australia given its isolation, which has a profound impact on latency and performance. Getting closer to end users and an increasingly strict data sovereignty regime makes in-country infrastructure basically a must-have.

Hyper-scale cloud companies aren’t the only point of the deal for Equinix, which has generally shifted its approach to Asian markets from focusing on enabling outside companies to expand in Asia to serving more local clients, who now account for a “sizable amount of its portfolio” in the region, Structure’s Tan told Data Center Knowledge Monday.

Metronode’s assets and customer base help Equinix “make meaningful in-roads with government and local businesses,” he said. “Metronode is one of few colocation providers with a truly pan-Australian footprint.”

Metronode will add about 860,000 square feet of land and 215,000 square feet of data center space to Equinix’s Australian footprint, with opportunity to build more facilities in some of the locations. Metronode owns most of its land, which is an important factor for a real estate investment trust like Equinix.

One factor that may make the integration of Metronode more complicated for Equinix is that the Australian provider uses container-like data center modules by the UK company BladeRoom to expand capacity inside its facilities. But Equinix already has some experience here. Earlier this year it acquired the UK data center business of IO, which also used the modular approach.

“Equinix will likely use the BladeRoom modules to support existing customer contracts and expansions” but probably go back to its typical data center design for new deployments, Tan said.