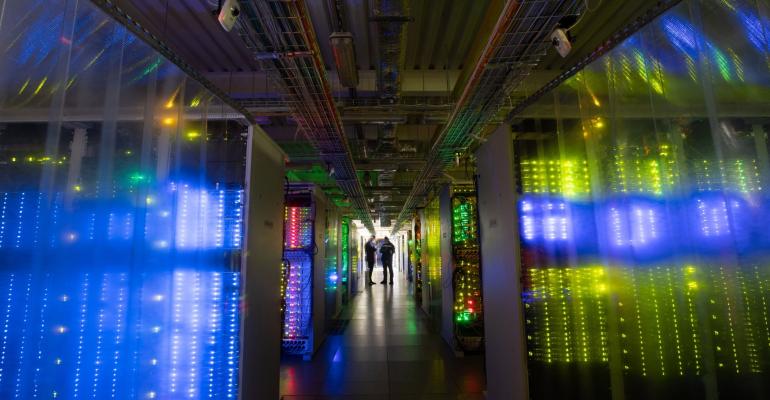 (Bloomberg) -- US digital infrastructure firms DigitalBridge Group Inc. and Equinix Inc. have been shortlisted into a final round of talks for the data center business of Malaysia’s Time Dotcom Bhd., according to people familiar with the matter.

DigitalBridge and Equinix outbid other companies in the industry and investment funds, the people said, asking not to be identified because the matter is private. The two companies are seeking to sign a deal for the assets, known as Aims Data Centre, within the next few weeks, the people said.

Time Dotcom may retain a stake in the business, which could be valued at $600 million or more in a sale, the people said.

No final decisions have been made and a deal could face delays or even fall apart, the people said. Representatives for Time Dotcom, Equinix and DigitalBridge declined to comment.

Beyond DigitalBridge and Equinix, I Squared Capital-owned BDx, Stonepeak-backed Digital Edge and Temasek Holdings Pte’s ST Telemedia Global Data Centres had been among bidders for the assets, people familiar with the matter have said.

Backed by Malaysia’s sovereign wealth fund Khazanah Nasional Bhd., Time Dotcom offers fixed-line voice and broadband services to consumers and businesses, as well as enterprise solutions in areas such as cloud and security. Beyond Malaysia, it has stakes in providers in Vietnam and Thailand, according to its latest annual report. Its shares have climbed 6.3% this year, valuing the firm at around $2 billion.

Aims Data Centre, which is home to the Malaysia Internet Exchange, had about 111,640 square feet of net lettable area as of the end of last year, the annual report shows.

DigitalBridge, based in Boca Raton, Florida, invests in infrastructure such as data centers, cell towers and fiber networks, according to its website. It counts about 25 portfolio companies and had almost $48 billion in assets under management as of the end of June. Its stock has plunged 45% this year, valuing the company at about $3 billion.

Founded in Silicon Valley in 1998, Equinix provides digital infrastructure such as data centers to connect companies in sectors including finance, manufacturing and retail, according to its website. Its footprint in Asia Pacific includes Australia, China, India, Japan, South Korea, Singapore and Hong Kong. Equinix’s shares have dropped 22% this year, valuing the company at $60 billion.