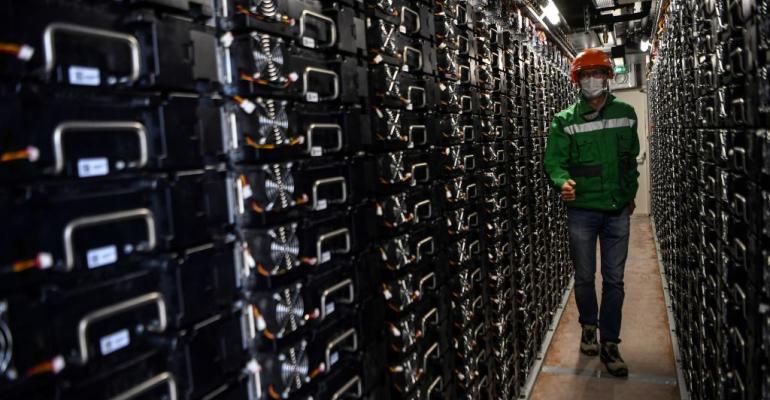 Vantage Data Centers is following some of its biggest customers by pledging to emit no carbon at all by 2030. Unlike those customers, however, the DigitalBridge-owned company is acknowledging that it will probably not reach the net-zero goal fully within that timeframe and may resort to carbon offsets to fill the gap.

Its strategy for reaching the goal includes investment in R&D for technologies like energy storage and power-backup alternatives to diesel generators, renewable energy procurement, collaborating with data center tenants to reduce their carbon footprint, and building a supply chain of vendors whose climate goals are aligned with its own. Vantage is also planning to invest in carbon removal technology.

“A lot of our utility partners, they are driving to have 100 percent renewables on their grid, but we may not get there by 2030,” Amanda Sutton, senior director of sustainability at Vantage, told DCK. “2030 is an aggressive goal, and we recognize that it’s an aggressive goal.”

She declined to share how much energy Vantage’s 14 data center campuses in North America and Europe consume, or what the estimated total emissions associated with the portfolio are. Four of its campuses are almost fully powered by hydro, tidal, and wind energy. The other locations offer green power purchase options or renewable energy credits.

Vantage said its emission reduction targets are aligned with the Science Based Target Initiative (SBTi) methodology.

There’s been a shift recently in the way large data center operators approach carbon emissions, with the focus shifting away from offsets to true net zero carbon. They are now increasingly acknowledging that simply buying renewable energy credits in one place and applying them to dirty energy used elsewhere – thereby achieving “carbon neutrality” – does little to reduce emissions on grids powered by carbon-heavy generation.

Last year, Google became the first company to commit to powering all its offices and data centers with carbon-free energy around the clock by 2030. Microsoft made a similar net-zero pledge last month. Both recognized how complex of a problem this would be to solve, with technologies that have yet to be developed and energy markets that have yet to be restructured. Google says it has been “carbon-neutral” by way of buying enough renewable energy to offset its global consumption since 2017. Microsoft is planning to do the same by 2025.

Like other specialist data center operators, Denver-based Vantage, a wholesale data center developer that caters to hyperscalers like Microsoft and Google, has little choice but to align with their net-zero carbon goals. Making it easier for hyperscalers to power their infrastructure with clean energy has become a way to win their business for specialist operators.

The Long Road to Net-Zero Carbon

Solving the round-the-clock carbon-free energy puzzle is a part of Vantage’s strategy, too, Sutton said. “Some of it is being driven by larger hyperscalers,” she said, but added that Vantage is also interested in this from its own “operational perspective.”

A lot of its focus will be on “partnering with utilities to invest in infrastructure that allows for storage of renewable energy,” she said. This is not just a matter of installing enough batteries to sustain load overnight but also investing in developing the technology. As Microsoft executives pointed out in their announcement of the carbon-free pledge, large-scale energy storage today is “extremely immature.”

Vantage has had an R&D budget, but “the focus for R&D right now is really around design,” Sutton said. “We’re building a lot of facilities right now.” Data center developers have a strong business incentive to improve their facility designs to optimize for energy and, more recently, water efficiency.

Efficiency improvements have also traditionally been their go-to answer to questions around climate issues. The nature of their facilities’ energy supply became a major concern only in recent years, as the more energy conscious hyperscalers became the primary growth drivers for data center providers, and as investor appetite for sustainable business rose.

Vantage is a member of the Renewable Energy Buyers Alliance, an industry association that consists of about 200 large companies that works to change energy markets in the US to improve access to renewable energy for large-scale energy buyers. Several other large data center providers are members, and so are the hyperscalers.