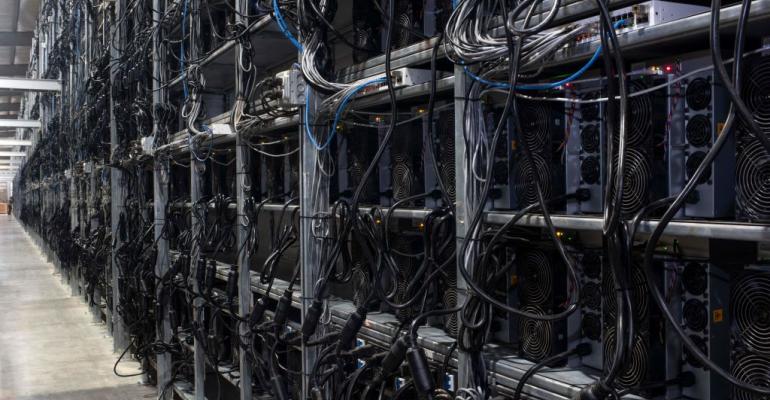 Getty Images
Bitcoin mining machines in a warehouse at the Whinstone US Bitcoin mining facility in Rockdale, Texas, on October 10, 2021.
Energy

(Bloomberg) -- A group of Democratic lawmakers led by U.S. Senator Elizabeth Warren is demanding details from six of the world’s biggest Bitcoin miners about their electricity consumption and greenhouse-gas emissions, a warning shot that comes amid growing concern over the cryptocurrency industry’s environmental impact.

Cryptocurrencies have come under increasing fire for the industry’s power consumption, which is now comparable to the entire country of Argentina. The letters raise the stakes in Warren’s campaign to crack  down on wasteful Bitcoin operations after she sent a similar request last month to Greenidge Generation Holdings Inc., which powers its upstate New York facility with a natural gas plant. They also come as the industry reels from Bitcoin’s about-50% slump.

The letters also went to Stronghold Digital Mining Inc., Bitfury Group Ltd.,  Bitdeer Technologies Holding Co. and Bit Digital Inc. The miners have operations across the U.S. and in countries including Norway, Russia, Japan and Kazakhstan.

The letter to  BitFury’s Chief Executive Officer Brian Brooks asked him to provide details on the company’s electricity needs and climate impact.

“What is your projected electricity consumption for cryptomining across all of your U.S. facilities combined over the next five years? What are your projected associated carbon emissions for that mining?” the lawmakers wrote.

“Bitcoin mining consumes a small but nontrivial amount [of] energy relative to the amount of value created, and that that energy is on average drawn more from sustainable sources than the U.S. electric grid as a whole,” he told the committee.

Mining uses powerful computers to solve math problems and order transactions on Bitcoin’s blockchain, with the fastest miners rewarded in Bitcoin. The biggest miners have operations with tens of thousands of computers humming in warehouses that resemble data centers and consume vast amounts of electricity.

“The extraordinarily high energy usage and carbon emissions associated with Bitcoin mining could undermine our hard work to tackle the climate crisis -- not to mention the harmful impacts cryptomining has on local environments and electricity prices,” Warren said in an emailed statement.

Representatives of Marathon, Stronghold, Riot and Bit Digital said in emailed statements that they welcomed the chance to talk with the lawmakers. Stronghold, which uses coal refuse to generate power and mine Bitcoin, said that its facilities were helping solve an environmental problem and could stabilize the power grid, rather than strain it. BitDeer and Bitfury didn’t respond to requests for comment.

The letters come as Bitcoin miners face a crucial challenge in the wake of the token’s 50% plunge from an all-time high in November. While many mining operations made a handsome profit during Bitcoin’s gains over the past year, the slump may punish those with less efficient operations.

The letters were also signed by senators Maggie Hassan and Edward J. Markey, and representatives Rashida Tlaib and Jared Huffman.