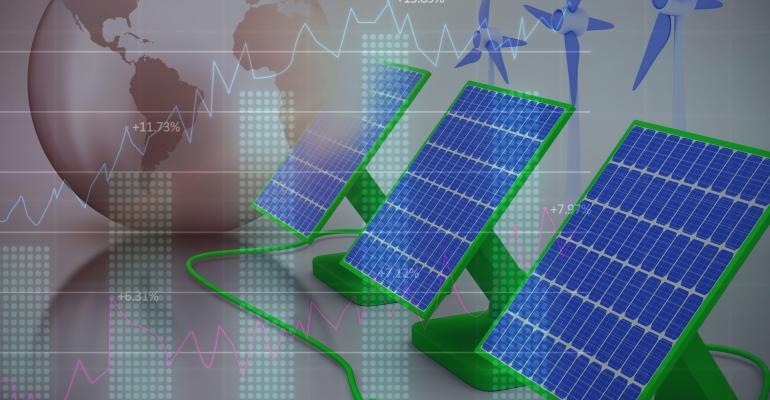 Sustainability efforts from tech giants like Amazon, Microsoft, Google, and Meta Platforms made headlines this year, as did data center energy consumption and their impact on power grids. Rounding out the list is bitcoin mining and the European energy crisis exacerbated by Russia’s war with Ukraine.

Amazon's sustainability efforts top the most-read energy stories of 2022. The CSP secured an agreement with Applied Energy Services (AES) to provide 450MW of solar power in California, a deal that also included 225MW of energy storage. This deal is part of Amazon's larger efforts to power global operations with renewable energy by 2025, five years ahead of their initial target.

In June, Irish regulators ordered a halt to construction on new data center projects without their own power stations. The action was meant to address the data center energy needs straining the aging electricity grid. In actuality, Data Center Knowledge reported that Irish data centers only used 25% of their reserved grid capacity.

The energy crisis resulting from the war in Ukraine dominated headlines this year. This story in particular was an early example of how the Ukraine-Russia conflict would leverage dependable access to energy as a weapon. In this instance, Yandex, said to be Russia’s version of Google, had power to its data center in Finland cut off by the local power company to align with sanctions levied on Russia by other nations in Western Europe.

European data center deals with Google and Meta Platforms were put on hold due to the energy crisis caused by Russia's war on Ukraine. Record high energy prices left European Union countries scrambling to figure out how to use less electricity while still scaling data centers to meet the population’s needs. Many projects are on hold until energy is more secure in Europe.

Ireland's power grid faced tight supply of energy this summer because of low wind, limited imports, and power plant outages. Ireland relies on the United Kingdom for 70% of their natural gas imports, more than many other countries, making it more vulnerable to the energy disruption from the war.

Crypto mining made a big splash this year. U.S. lawmakers demanded Bitcoin miners to turn over details about their facilities' energy consumption and impact on local energy prices. Bitcoin requires a great deal of energy to mine and the facilities typically have high carbon emissions, raising environmental concerns.

Crypto mining used nearly 25% of total electricity in the Argentinian Sierra del Fuego province. While crypto mining is booming in Argentina due to electricity subsidies, local officials worry that the resulting strain on the energy grid and outdated energy infrastructure may cause blackouts for residents.