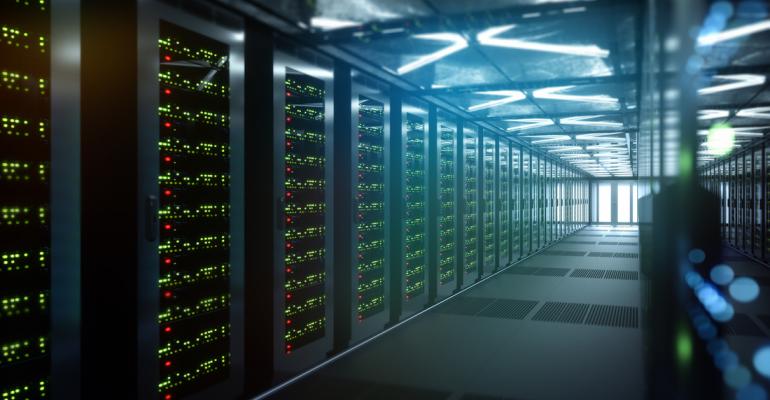 The majority of power reserved for data centers during Ireland's energy crisis was left unused. Did EirGrid and the CRU overstate Ireland's data center power demands?

While Ireland’s officials blamed data centers for an energy crisis so severe that it could create electricity blackouts in its capital city, three-quarters of power that officials had ring-fenced for data centers was left unused.

Ireland ordered its booming data center industry to halt construction in Dublin, the capital city that has become the world's largest net exporter of IT services, after its state-owned electricity bodies said data center growth was unreasonable and disproportionate to other industries that were not growing as quickly.

Irish officials used data center power demand to justify a decree that would forbid any new Dublin-area data center projects except those that also built their own small power stations onsite. It said data centers should be able to generate enough power to cover their entire demand for electricity, so state-owned grid operator EirGrid could cut the electric grid supply when it runs short.

While EirGrid and the Commission for Regulation of Utilities (CRU), Ireland's electricity market regulator, conceded that its aging electricity grid was inadequate to produce enough to guarantee Ireland's growing power needs. They said this situation only exacerbated a problem that had been created primarily by the growing power demands of data centers, and justified sanctions they subsequently imposed on data centers.

Related: Is Sensible Green Data Center Regulation Even Possible in the EU?

Yet three-quarters of the power that Ireland's grid operators reserved for data centers last year was left unused, even as furore rose in press and parliament, blaming data centers squarely for Ireland's energy crisis.

In other words, Ireland's data centers used only 25% of their reserved grid capacity last year, even while they shouldered the burden of keeping society and economy running digitally during the world's lockdown against the coronavirus.

The insight was made in Data Center Knowledge estimates, based on data that describes the total power capacity that grid operators contracted to data centers last year. EirGrid used those numbers to justify its sanctions, but has never published complete data that would show just how much power data centers really use, and it was not prepared to release the data when asked for it by Data Center Knowledge as of late June 2022.

CRU published some of the data along with a regulatory decree it made last November to satisfy EirGrid's demand to sanction data centers.

The numbers suggest that Ireland's energy crisis was not caused by data centers but by mismanagement of the Ireland electricity grid.

Sustainability of the power grid

Maurice Mortell, Ireland country manager and EU sustainability chief at global data center operator Equinix, said it was true that data centers used only about 25% of the grid capacity that Ireland's two state-owned grid operators reserve for them.

"[EirGrid's] initial story was inaccurate from the start, and unfortunately it stayed that way,” he said.

Ireland's power problem was caused not by data centers but "a lack of investment in its grid infrastructure, particularly around Dublin, and lagging investment in renewable energy," said Mortell.

Similarly, Bob Hanna, consultant electrical engineer and chair of Smart Grid Ireland, said: "data centers are not the ogre that some sectors of society are saying they are." He said an effort the Irish government announced this month to procure emergency electricity over the winter might not even be necessary.

Submissions to a CRU consultation on the proposed sanctions last year argued that the system by which Ireland's two state grid operators, EirGrid and ESB Networks, reserve power capacity for data centers was broken and needed reforming. It left too much capacity unused and created the impression of a crisis when there was none.

Speculators were hotting data center capacity they weren't using, Ireland's Industrial Development Agency (IDA) told the consultation. EirGrid had overstated data center demand and this was evident because data centers used less energy than it reserved for them.

The large amount of under-utilized power capacity reserved for data centers was strong evidence of the need to reform the system by which it was allotted, Cloud Infrastructure Ireland, which represents cloud computing suppliers with big data centers in Ireland, told the consultation. It and other data center and electricity grid experts called for wider electricity market reform as well, the need for which was demonstrated by the country's failure to produce enough generating capacity to meet people's growing needs as industry and society digitalized and decarbonized.

EirGrid was using data centers as a "scapegoat" for its problems securing the country's electricity supply, the Irish Department of Enterprise, Trade and Employment implied.

Microsoft called for grid operators to charge more money for capacity reservations that went unused. Electricity and data center industry representatives testified that speculators were hogging Ireland's grid capacity with power reservations for data centers they might never build. But these reservations, called Maximum Import Capacity (MIC), were the basis of EirGrid's argument that data centers had left it short of power.

David Martin, a spokesperson for EirGrid insisted the primary cause of Ireland's energy crisis was the "unprecedented" growth of data centers, particularly in Dublin where power shortages were most severe. But he conceded that when Ireland came close to running out of electricity last year -- when a failing wind left it short of renewable energy -- it was also short of other power sources because it had closed old fossil fuel power plants in an effort to meet Ireland’s targets to reduce emissions of greenhouse gasses.

"It's not just the grid itself, it's do we physically have enough generators to feed [data center demand] as well," Martin said.

David McAuley, an Irish research consultant, said EirGrid had tendered some botched investments in generating capacity and that had left it without enough power to supply the data center industry growth that had been predicted for years.

"The grid has failed to deliver capacity for the predicted increase in demand for data centers. And now we've seen in all the press this year, 'if it wasn't for these data centers, we wouldn't have this problem'," McAuley said.

But EirGrid had been forced to take measures to prevent data centers making any more reservations for grid capacity because it would not be able to deliver them, he said.

The sanctions CRU imposed in November cancelled nearly 2500 MW of outstanding reservation requests that EirGrid and ESB had received from data centers in recent years. That was more than twice as much capacity as they already held in reservation for existing data centers. EirGrid argued that this would make reserved data center capacity equivalent to the entire country’s electricity use. It did not say how much of requested capacity was usually speculative, nor how much was ever realized. But its own statements on its management of data center power claim it could take 10 years for data centers to start using a 1000 MW increase in their capacity reservation, because they often built their computing infrastructure gradually.

Data center MIC was not a problem for the electricity market, EirGrid said in its 2020 consultation on data center grid connections, because there was a "significant gap" between electricity actually used by data centers and the MIC it reserved for them. EirGrid has reported that all of Ireland’s big industry uses only about 30% of the electricity capacity reserved for it. It was not prepared to release data by sector when asked.

"EirGrid is being a bit disingenuous. It's trying to deflect the blame on somebody else," said John Booth, chair of the British Standards Institute committee on data center design, and a consultant with strong views about the need for more energy efficient data centers.

The energy market should be reformed to make data centers free up unused capacity, he said.

Adrian Bolton, head of distributed energy at renewables supplier SSE, said he believed EirGrid had over-estimated data center demand and under-estimated the grid's supply capacity, and that bolstered its case for against political opposition from other government departments and agencies. Ireland was short of power because EirGrid had not fulfilled its commitments to build enough generating capacity, he said.

Both electric and data center industry representatives have warned that, by forbidding any new data centers that did not build their own onsite power stations, it was forcing data centers to build gas power plants, creating a greater dependence on fossil fuels when Ireland and the rest of the world was trying to cut their use to slow the unfolding environmental catastrophe of global warming. Ireland is also planning to replace fossil gas-powered systems with green hydrogen generated by a planned expansion of offshore wind.

Martin Murphy, chairman of both Ulster Bank and Echelon Datacentres, a firm building renewable generators to mix hydrogen with fossil fuels for gas-fired data centers it is building in Dublin, said: "The debate over who is using what, and how much, has now moved into a new era, of an energy self-sufficient data center sector." Echelon promotes fossil gas as a medium-term fix to take pressure off the grid and cut electricity generation from fossil fuels while Ireland builds its renewable capacity.

Correction note as of June 30, 2022: An earlier form of this story appeared with a headline that erroneously stated it was two-thirds of the power when the correct figure was three-quarters. We regret the error.