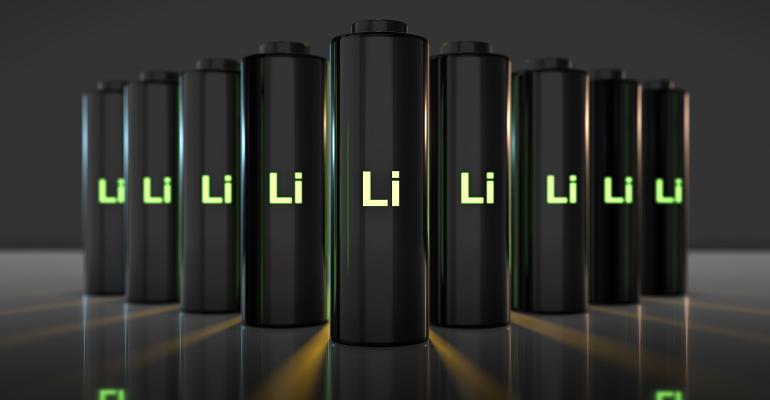 Uninterruptible power supplies protect IT equipment and keep data centers running when power outages occur. But rather than sit idle until there’s an emergency, a new generation of UPSes are proactive and enable data centers to operate more sustainably and cost-effectively, while supporting a broader effort to modernize power grids to use more renewable energy.

As grid operators begin to integrate more renewable sources of energy, it can cause instability and fluctuations in the power grid because the amount of clean energy produced by wind and solar power on any given day can be unpredictable.

To stabilize the electrical grid, data center operators can use energy stored in their UPS batteries to supply energy to the grid and balance it when there isn’t enough renewable energy being generated, said Moises Levy, principal analyst with Omdia’s Cloud and Data Center research practice.

As a result, data center operators can use the stored battery power for “peak shaving,” powering the data center during periods of peak energy use when energy costs are highest and then recharging the batteries when there is lower demand and lower energy prices, which saves money, Levy said. Data centers can also replace diesel generators and use the UPS batteries to temporarily power their data centers during outages, which is a much more “green” solution.

“Nowadays, smart-grid-ready UPS and energy storage system projects incorporate automation technologies that enable equipment to sense and interact with the electric grid, helping data centers to become smarter about the amount and timing of energy consumption and helping in the pursuit of a more sustainable data center,” Levy said in an interview with Data Center Knowledge. “It can also contribute to smooth out the unpredictability in renewable resources, balancing energy supply and demand.”

The market for smart-grid-ready UPSes is still nascent. Vendors such as Eaton, Schneider Electric, Riello and Vertiv have all introduced the new breed of UPSes in recent years, Levy said.

While data center operators can use the new UPSes today to prevent downtime and better manage energy usage, the effort to use the new data center technology to stabilize and contribute to electrical grids is still in its infancy, Levy said.

The goals there are two-fold: supply energy when the grid needs it, but also to help keep the electrical frequency of power systems stable. The UPSes can do “fast frequency response,” which provides or accepts small bursts of energy to balance the grid.

“If you have some disturbances, the data center UPS becomes a fast-reacting asset to support the grid and ensure you have stability and resiliency,” said Janne Paananen, technology manager of Eaton’s critical power systems, whose company has piloted the technology with Microsoft.

Contributing energy to the grid can also generate new revenue for data center operators. In fact, Eaton and Microsoft, which last week released a white paper detailing the benefits of the new UPSes, said European data center operators can potentially generate between tens of thousands of euros to more than 100,000 euros, or $118,000 USD, per megawatt per year, the whitepaper said.

However, to make the vision a reality and enable data centers to contribute to the grid, governments must create new regulations and standards for power grids, while grid operators must develop “smart” electrical grids, so they can interact with distributed energy resources such as UPSes and their batteries, Levy said.

To do so, grid operators must deploy new automation, advanced controls, sensors and data analytics, he said.

Energy storage systems powered by lithium-ion batteries can scale from several megawatts to 20 megawatts, Levy said. Innovation and demand by the electric vehicle and consumer electronics industries have driven lithium-ion battery prices down, making it accessible to data center operators, he said.

“Technologically speaking, the [smart-grid-ready] products offered by the different [UPS] manufacturers are similar, but of course, there are many differentiators since they use different approaches, including sensing devices, control systems and software algorithms to enable this technology to interact with the electric grid,” Levy said.

Hyperscalers and cloud service providers are among those leading the charge in deploying smart-grid-ready UPSes and energy storage solutions and connecting them to power grids in pilot projects and initial implementations, Levy said.

The technology helps cloud giants like Google and Microsoft in their quest to power their facilities around the world with 100% carbon-free energy by 2030.

Microsoft had three goals for the pilots: to better use existing assets from its data centers, to help grid operators stabilize their electrical grids and to achieve sustainability goals, he said.

“We are aiming to be a better grid citizen. In order to enable more renewable energy, we need to … make sure the system is going to be stable,” Nasr told Data Center Knowledge. “It’s three wins: from the data center operator [side], from the grid side and also from the sustainability aspect.”

During the pilots, Microsoft used Eaton’s lithium-ion battery-powered UPS in its data centers to test peak shaving to optimize the energy bill and to test fast-frequency response to help stabilize the grid, Nasr said.

Eaton has developed software algorithms and controls to enable seamless and automatic interaction with the grid, Eaton said. As part of the pilots, Microsoft and Eaton also worked closely with the local grid operators.

“We were getting a signal from them, and they were responding back with a signal of how much power we can offer to help with frequency stabilization,” Nasr said.

Microsoft said there is always plenty of backup power, so contributing to the grid does not affect data center customers. “When it pushes power back to the grid, there is no impact to the customers,” he said. “There is always enough energy reserved in the UPS to meet business continuity needs.”

Overall, Microsoft was so happy with the results of the pilots that the company plans to go live with the technology and implement it in at least some Azure data centers in the future, Nasr said. Because every region is different, Microsoft will run analyses to see which Microsoft data centers are good candidates for grid-interactive UPSes, he said.

“We do see significant opportunities for that technology. We are aiming to implement that technology inside of our data centers more broadly,” Nasr said.

“This is proven technology. It has been proven in the pilots, so it’s a matter of doing it,” said Paananen, whose company has run several other pilots in Europe, including a proof-of-concept project at its own global headquarters in Dublin, Ireland. “You are helping to get more renewable energy to the grid. You are reducing carbon emissions not only for yourself, but for everyone, and that’s a great contribution.”