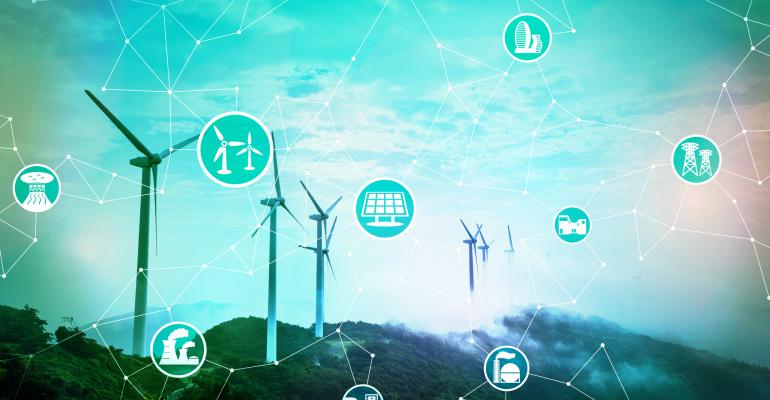 While the energy crisis is costing Microsoft “hundreds of millions of dollars within the year,” the shift to renewables is helping to offset soaring gas prices, said Microsoft’s Noelle Walsh. It’s also key to meeting the company’s target of becoming carbon negative by 2030.

(Bloomberg) -- Microsoft Corp. has turned on a series of data centers at three sites in Sweden that run entirely on green energy through a partnership with state-owned utility Vattenfall AB.

The Swedish computer halls, covering a total area of nearly 900 acres, are the latest in the company’s expansion to meet the huge appetite from businesses for secure cloud services. Microsoft is currently expanding its tally of 250 centers by 50 a year.

“Our plan is to have Sweden as one of the largest in Europe, equivalent to the Dublin and Amsterdam footprints,” Microsoft’s Noelle Walsh, who runs the infrastructure side of the company, said in an interview. “Almost every country in the world wants a set of data centers now.”

The rapid growth in the energy hungry service means an increasing exposure to the huge swings in prices, according to Walsh. While the energy crisis is costing Microsoft “hundreds of millions of dollars within the year,” the shift to renewables is helping to offset soaring gas prices, she said. It’s also key to meeting the company’s target of becoming carbon negative by 2030.

“We really focus on the way we can build data centers in a way that meets our carbon negative goal,” said Microsoft’s Chief Environmental Officer Lucas Joppa.

As part of that drive, the centers are Microsoft’s first to have back-up generators that run on diesel containing at least 50% renewable raw material.

The Swedish centers have drawn in clients including Svenska Handelsbanken AB and PostNord AB. “Businesses of all sizes and industries can now host their cloud workloads,” the company said in a statement on Tuesday.

One industry attracted to such technology is firms mining cryptocurrencies, which need vast amounts of energy to solve encryption tasks and receive assets in reward. That “proof of work” method has sparked outrage from Sweden’s financial watchdog, which is now calling for a European Union-wide ban on such methods.

“The two largest cryptocurrencies, bitcoin and ethereum, are estimated to use about twice as much electricity in one year as is used throughout Sweden,” Erik Thedeen, the head of Sweden’s FSA, wrote in an opinion piece in Dagens Nyheter earlier this month.

Microsoft wouldn’t comment if specific clients came from this industry but said paid customers must adhere to an Acceptable Use Policy. The company “shares the industry concern regarding the carbon intensity of compute resources required for crypto mining,” it said.