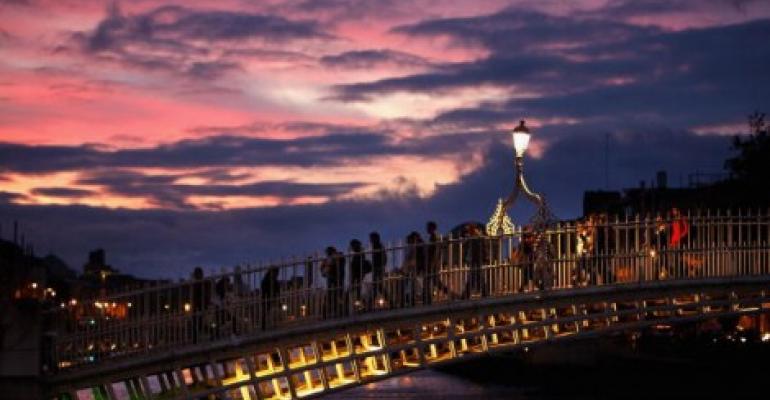 Microsoft has found itself in something of a conundrum with its data centers in Ireland. It received the necessary build permits, but now, notification comes from the country's electric utility, EirGrid, that Microsoft might need to generate some of its own power until an upgrade to the power system in the Dublin area is completed. Evidently, Redmond doesn't want any dead time, so it's heeding that advice.

The story comes by way of The Irish Independent, which reports that Microsoft will be installing 16 gas-powered generators to provide up to 18 megawatts of electricity to one of its data centers, enough juice to power about 18,000 homes. A company spokesman has said that the generators will only provide temporary power to the center "if necessary."

The Grange Castle Business Park in suburban Clondalkin, about 5 miles or so west of Dublin, is already home to four Microsoft data centers, as well as data centers operated by Google, Interxion, and others. Last year, Redmond received approval to build four more at the location, at an estimated cost of $1.08 billion.

Other large US-based companies operate data centers in the Dublin area as well, most notably Amazon.

"Space at Grange Castle Business Park is in high demand from international business customers," the Irish Republic quoted an EirGrid spokesman as saying. "To accommodate this growth, further power is required to meet both current electricity needs and to plan for future electricity demand."

Evidently the data centers at the park went up fairly quickly, causing the power utility to have trouble keeping up with demand. According to EirGrid, a single data center can use as much electricity as a small city of 40,000. The "huge" upgrade to the power supply, called the West Dublin Project, is set to begin in the next few weeks, but isn't expected to be completed until 2019.

Microsoft's data centers in the area are used primarily to power the company's public cloud, Azure. Last year, Cathriona Hallahan, Microsoft's managing director in Ireland, expressed concerns with government officials about future data center deployments in the country due to issues with the country's power supply.

"A key driver for electricity demand in Ireland for the next number of years is the connection of large data centres," the EirGrid spokesman said. "A significant proportion of this extra data centre load will materialise in the Dublin region."