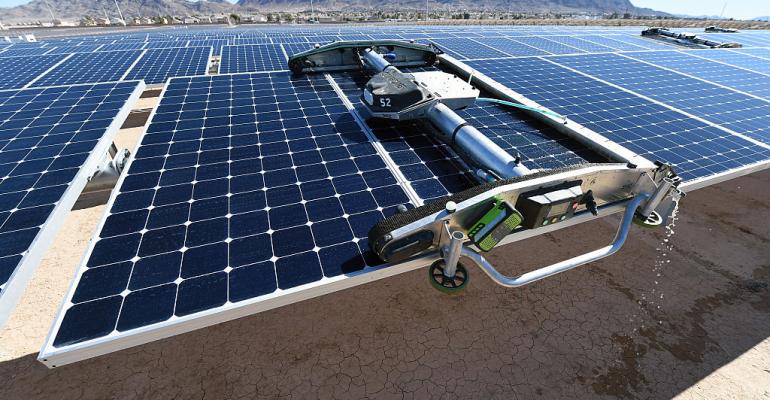 Massive Solar-Storage Project Is Planned for the Nevada Desert

The projects mark one of the the biggest expansions of solar and storage ever proposed in the U.S. Combined, they’ll produce enough power to supply a city the size of Newark, New Jersey, according to BloombergNEF.

Clean-power companies are racing to develop solar projects with batteries capable of providing grids with power after sundown. A key reason is more and more states -- including Nevada -- have committed to ban fossil fuels from power generation over the next several decades, but they’ll need more than intermittent solar and wind power to do it. Solar complemented by energy storage can help smooth and extend output from panels to make them operate more like coal or gas plants.

It helps that battery prices have fallen sharply. Plus, in some instances it’s cheaper to build a solar project with batteries than a new gas-fired power plant, including in parts of the U.S. Southwest.

The three projects in Nevada -- by 8minute Solar Energy, Quinbrook Infrastructure Partners and EDF Renewables -- will produce about 1,200 megawatts of solar, backed by battery systems capable of storing 2,300 megawatt hours.

“This is just the beginning of a paradigm shift in our industry,” Tom Buttgenbach, 8minute’s chief executive officer, said in an interview Tuesday.