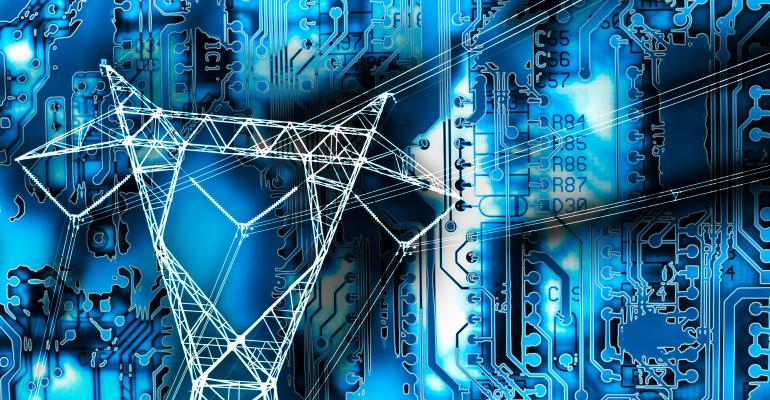 Ireland's plight to get ahead of electricity supply shortages before winter are being tied to data center energy consumption.

Low wind, limited imports and power plant outages are squeezing supply, meaning there is a potential for temporary disruption to electricity supplies in the near future, EirGrid said on Wednesday. While the alert level doesn’t mean an immediate interruption, it’s a signal for generators to switch on if they can.

The warning comes amid concerns over winter supply as Europe faces its worst energy crisis in decades. The UK is planning for several days over the winter when cold weather may combine with gas shortages, leading to organized blackouts for industry and even households.

Ireland depended on imports for about 70% of its energy in 2020, higher than the EU average, although it had one of the lowest direct dependencies on Russian supplies. About three quarters of Ireland’s natural gas is imported from the UK.

Renewable energy sources such as wind, solar and hydro power supplied 20% of Ireland’s electricity in July, according to EirGrid.

The presence of large multinational companies and the rapid expansion of data centers -- which are big energy consumers -- is exacerbating tensions over electricity supply in Ireland. Regulator proposals to compel reduced consumption in peak demand periods has sparked anxiety over shortages, according to IDA, Ireland’s inward investment agency which supports over 1,700 multinationals in Ireland.

“The situation with respect to the availability of energy, particularly electricity, is serious and is of particular concern to large energy users,” the IDA said by email. “It is imperative that all measures are taken by the relevant stakeholders to ensure that ample, competitively priced energy is available at all times.”