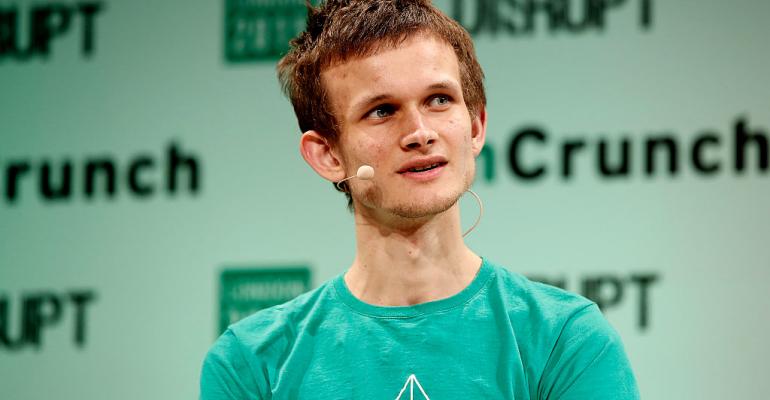 Replacing "proof of work" with "proof of stake" rids the system of the need to run miner servers to generate the currency.

Matthew Leising (Bloomberg) -- Users and developers of the world’s most-used blockchain have been wrangling with its carbon-footprint problem for as long as it’s been around. Now, they say, several recent breakthroughs will finally enable them to drastically cut energy use in a year or less.

Ethereum and better-known-rival Bitcoin both operate using a proof-of-work system that requires a global network of computers running around the clock. Software developers at Ethereum have been working for years to transition the blockchain to what’s known as a proof-of-stake system — which uses a totally different approach to secure the network that also eliminates the carbon emissions issue.

Related: Bitcoin’s Green Haven Is Running Out of Surplus Electricity

The change — delayed time and again by complicated technical setbacks — couldn’t come soon enough for the cryptocurrency world, which weathered one of its biggest bouts of volatility ever this month after Elon Musk announced that Tesla Inc. would stop accepting Bitcoin as payment for cars because of the surging energy use. Bitcoin’s network currently uses more power per year than Pakistan or the United Arab Emirates, according to the Cambridge Bitcoin Electricity Consumption Index. The compilers of the index don’t measure Ethereum energy use.

“Switching to proof of stake has become more urgent for us because of how crypto and Ethereum have grown over the last year,” Vitalik Buterin, the inventor of Ethereum, said in an interview. He’s hoping the change is made by year end, while others say it will be in place by the first half of 2022. That’s about a year earlier than was expected in December.

“I’m definitely very happy that one of the biggest problems of blockchain will go away when proof of stake is complete,” said Buterin, who has been advocating for the shift since the blockchain was launched in 2015. “It’s amazing.”

The change could help boost the price of the cryptocurrency Ether, which is necessary to use Ethereum, as investors who are environmentally conscious take note of its vastly smaller carbon footprint. Much of the criticism of proof of work has come from millennials and investors who value positive environmental, social and governance, or ESG, standards.

“It’s hard to ignore that the ESG narrative is going to be big,” said Wilson Withiam, an analyst at Messari who specializes in blockchain protocols. “If you’re looking at Ether as an investment, it doesn’t have that looming over it.”

Pantera Capital, an early Bitcoin investment firm, agreed. “Ethereum has a massive ecosystem of decentralized finance use cases with rapidly growing adoption,” Dan Morehead, founder of Pantera, wrote in a May 10 note to investors. “Combine these two dynamics and we think Ethereum will keep gaining market share relative to Bitcoin.”

The transition Ethereum developers are making is a huge undertaking. They have to create, test and implement an entirely new way of securing their network while maintaining the existing blockchain. Then when the time is right, they’ll merge the existing blockchain into the new architecture that uses proof of stake to verify transactions. The shift will also radically increase the speed of transactions that Ethereum can process, making it more competitive with established payment networks like Visa or Mastercard.

Proof of work uses the capital costs of buying and maintaining computer hardware as well as the electricity to run them as the economic investments that must be paid by the people who are securing the network, known as miners. In return, the first miner to verify the latest batch of Bitcoin or Ethereum transactions is rewarded with free Bitcoin or Ether.

That system has come under fierce criticism for years, most recently by Musk, who called recent consumption trends “insane.”

In proof of stake, the cryptocurrency Ether replaces hardware and electricity as the capital cost. A minimum of 32 Ether is required for a user to stake on the new network. The more Ether a user stakes the better chance they have of being chosen to secure the next batch of transactions, which will be rewarded with a free, albeit smaller, amount of Ether just as in proof of work.

So far, more than 4.6 million Ether have been staked in what’s called the beacon chain, worth about $11.5 billion at an Ether price of $2,503. That means once proof of stake is in place, the only electricity cost will come from the servers that host Ethereum nodes, similar to any company that uses cloud-based computing.

“Nobody talks about Netflix’s environmental footprint because they’re only running servers,” said Tim Beiko, who coordinates the developer work on the new network for the Ethereum Foundation, set up to fund and oversee development of the Ethereum protocol.

Danny Ryan, a researcher at the foundation, said Ethereum’s proof of work uses 45,000 gigawatt hours per year. With proof of stake, “you can verify a blockchain with a consumer laptop,” he said. “My estimates is that you’d see 1/10,000th of the energy than the current Ethereum network.”

One of the first breakthroughs came when developers created a system where contracts on Ethereum can be executed off the main chain, what’s known as roll ups. That takes an enormous amount of pressure and demand off of the main underlying network, and also means fewer changes to the network need to be made.

The next leap was linked to roll ups. The move to a new Ethereum, known as ETH 2.0, has always envisioned the network being broken into 64 geographic regions in what’s called sharding. Transactions on one shard would then be reconciled with the main network that’s linked to all the other shards, making the overall network much faster. Yet it was complicated and a tricky security question and it was slowing down progress.

Once roll ups could be used for transactions, that meant the shards only needed to house data, Beiko said. In the prior model, the sharding system would’ve had to be up and running before Ethereum could move to proof of stake. That’s no longer the case, he said.

“Sharding goes from being very complicated to not too complicated,” Beiko said. “It’s not a blocker in the road map any more.”

Roll ups are limited by how much data that’s linked to the blockchain they can contain, Buterin said. This was a problem before developers realized shards could hold the data.

“If you can publish data on-chain, which you can do with shards, then the scaling goes up by a lot,” Buterin said.

The progress on proof of stake was shown recently by a test net where transactions on the existing Ethereum blockchain were successfully merged onto the proof of stake system, Beiko said.

“I’m more confident than I was a month ago,” he said. “There’s a bunch of non-trivial issues to figure out, but the fundamental architecture is set and pretty promising.”