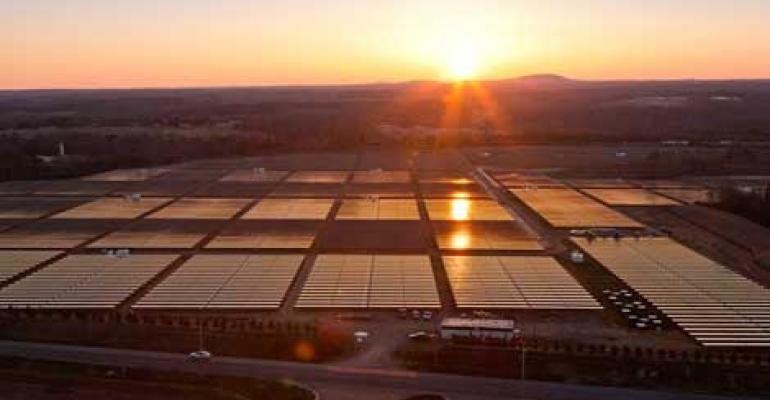 Data Centers Will Invest in Renewables Despite the EPA, Not Because of It

Hyper-scale data center operators continue to invest in renewable capacity while the US EPA seems intent on rolling back clean energy policy.

Satirical news site The Onion has joked that given its track-record, the US Environmental Protection Agency, or EPA, should drop the “E” and ‘P’ from its name to simply become “The Agency.”

“’The Agency’ is a name that reflects our current agenda and encapsulates our new function as a government-funded body devoted to handling documents, scheduling meetings, and fielding phone calls,” the Onion quipped.

That story now looks less like satire and more like a logical response to events following the news this week that EPA administrator Scott Pruitt has signed a measure to repeal the Clean Power Plan.  Also known as EPA’s Carbon Pollution Emission Guidelines for Existing Stationary Sources: Electric Utility Generating Units, the plan aims to decrease the US’s carbon emissions by 32 percent by 2030, compared with 2005 levels. It has faced considerable opposition over the years following legal challenges by some industry and coal-friendly states.

However, the plan has continued to receive substantial support from other areas of industry including data center operators, such as Google, Microsoft, Apple, and Amazon. The organizations, which purchased more than 6 million megawatt-hours of renewable electricity over the recent past, released a legal brief in 2016 in support of the plan. When President Trump signed an executive order to review the plan in March 2017, operators including Equinix and Digital Realty Trust joined the hyper-scalers in reiterating their commitment to renewables.

Related: How Renewable Energy is Changing the Data Center Market

Crucially, operators have stated that investment in renewables make sense not only in terms of the environment but also from a business perspective. “Renewable energy is less subject to price volatility than non-renewable energy; provides greater long-term cost certainty to its purchasers; and, in many parts of the United States, is available at prices comparable to or better than the current prices for other electricity options,” the operators argued in the legal brief.

The view that the intermittent nature of renewable energy is problematic for an industry built on the provision of consistent availability and service levels has also been challenged. “The level of renewable integration expected as a result of the Clean Power Plan can and will be reliably managed by regional grid operators,” the organizations stated. For example, the companies recounted how on December 20, 2015, the grid operator for most of the Texas electricity grid successfully integrated a peak of more than 13,000MW of wind power without any reliability issues.

It also seems that hyper-scale data center operators are investing in renewables because of shortfalls in conventional grid capacity in some regions including outside the US. For example, Microsoft announced this week that it has signed a 15-year PPA with General Electric in Ireland. Some of the motivation for the deal is down to questions over the future capacity of the Irish grid. The deal is also notable because it is the first of its kind in Europe to include batteries integrated into wind-turbines providing some demand-response capability.

While not the only industry vertical investing heavily in renewable generation – companies such as Walmart, Proctor & Gamble, PepsiCo, and Bank of America also have aggressive renewable targets – technology companies are behind some of the biggest renewable power purchase agreements (PPAs) over the last few years. According to the UN Environment Global Trends in Renewable Investment 2017 report, Amazon and Google were responsible for the three largest PPA deals of 2016, totaling more than 600MW of capacity.

Of course, it could be argued that given their massive, and growing, energy demands, hyper-scale operators have a duty to offset their considerable carbon emissions with renewable energy investments. That is certainly the stance that Greenpeace has taken in its series of reports that have scrutinized the energy use and carbon intensity of the data center industry. However, even Greenpeace conceded in its latest report, Clicking Clean: Who is Winning the Race to Build a Green Internet?, that the initiative taken by the tech industry on renewable energy investment has helped motivate other industries. “Major internet companies’ leadership has been a catalyst in driving a broader set of corporations to adopt 100% renewable goals, contributing to a dramatic increase in renewable deals in the U.S. signed directly by corporations, totaling 3.4GW of renewable deals signed in 2015, with over two-thirds of this power from renewable deals by IT companies,” the environmental group stated.

With the EPA actively rolling back renewable energy policy – and not rushing to introduce new measures any time soon – it seems likely that tech companies and other corporates will continue to set the pace on clean energy investments. That is, unless ‘The Agency’ rediscovers its lost initials.