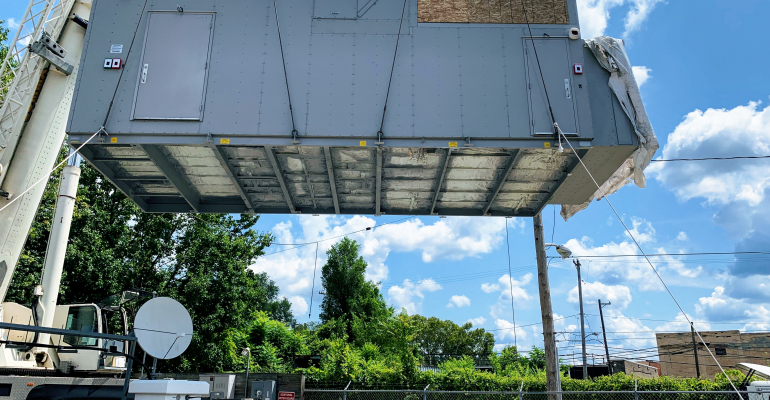 AlefEdge, developer of a mobile edge computing platform for enterprises, has agreed to deploy its platform across Vapor IO’s national network of edge data centers.

Vapor, an Austin-based data center startup, said Wednesday that AlefEdge will first deploy its platform in Atlanta and Pittsburgh, and eventually in all 36 US metros where Vapor plans to go live by the end of 2021.

To date, the majority of publicly disclosed edge computing deployments of the type enabled by infrastructure like Vapor’s have been by wireless carriers, as part of their 5G network rollout. AlefEdge is an example of a platform that enables edge computing use cases for traditional enterprises.

The platform, which Alef describes as “Software Defined Mobile Edge,” or SD-ME, enables a company to set up a programmable private wireless network with computing resources attached and located at or near its premises. The announcement lists example use cases including enterprise video services, augmented reality training, real-time actions for drones through upstream video analytics, and wireless robotics.

Related: Will Growth at the Edge Shrink the Core?

Vapor is one of the companies that emerged in recent years to help content companies, network operators, and enterprises optimize their networks to support both existing applications that can benefit from low latency by doing more computing closer to end users and the next-generation extreme-low-latency applications, such as virtual and augmented reality, near-real-time analytics for the Internet of Things, and autonomous vehicles.

It sets up multiple edge data centers in each metro it goes into. The sites are interconnected by its own private network, forming what the company calls “Kinetic Edge,” or a network of data centers that acts as a single virtual data center.

Vapor then provides services in that virtual data center, including colocation, interconnection, and networking.

Besides Atlanta and Pittsburgh, the company had launched Kinetic Edge in the Dallas and Chicago markets as of this January. At the time it announced a major customer win with Cloudflare, which also had signed up to deploy its network to all 36 planned Kinetic Edge markets.

Also in January Vapor announced a $90 million series C financing round to fund the buildout.