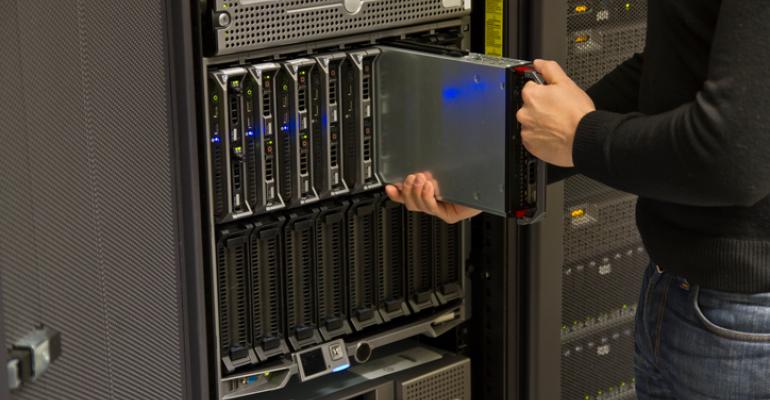 The OpenStack Foundation has released StarlingX, a new open source platform ready to take you to the edge • It incorporates existing open source applications like Kubernetes with Wind River and Intel's Titanium Cloud code • Wind River said the code was made open source at the insistence of potential customers • The platform offers a compute, storage, and networking solution for a wide variety of edge applications

The OpenStack Foundation has released StarlingX, a new open source platform ready to take you to the edge. Like many "new" open source platforms, this one's been around for a while as a proprietary product: Wind River Systems' Titanium Cloud. In May, just after Intel announced it was selling Wind River to the investment company TPG, Intel and Wind River announced they were contributing Titanium Cloud’s proprietary code to the OpenStack Foundation.

Unlike many edge products that focus on narrow swaths of uses (like mobile devices or controlling industrial machinery), "edge" here is broadly defined and includes about any compute capacity that needs to be close to where data is being generated, meaning that mobile devices, branch offices, servers controlling factory machines, hospitals, telecoms, and more are all potential users. It's also being touted as an edge solution for autonomous vehicles -- whenever those are finally ready for the road.

"StarlingX is a complete edge cloud software stack," Glenn Seiler, Wind River’s VP of marketing and product management, told Data Center Knowledge. "By complete, I mean it includes the Linux operating system, a hypervisor, a container platform based on Kubernetes, and a storage platform. It includes compute, storage, and networking capabilities based on existing open source components: OpenStack, Ceph, Linux, and so on. Then, we've added StarlingX services for configuration management, fault management, software management, host management, and things of that nature."

Those services seem to be the big value-add StarlingX brings to the table. Mostly, they are automated services (failover, start, or restart, for example) for making sure that once deployed the system can stay up and running, with minimum human intervention -- which is especially important for edge deployments, often in many remote locations, with no easy access for IT support.

"In a central data center, those can be managed by operators and administrators," Seiler said. "As you push all these services out to the edge, it's not practical to have administrators, operators, and maintenance people in all locations, so things have to be automated and have a very high resiliency. This created gaps in some of the current solutions that are available as industries start to build out these solutions."

StarlingX should also be able to scale nicely, as its Titanium Cloud base was originally built to handle the heavy workloads of telcos. Indeed, it was the heavy lifting it had been doing for the telecommunications folks that first brought notice of the platform to other industries looking for a full-package edge solution.

"We started to see a lot of really strong interest, because the basic requirements of pushing intelligence to the edge -- managing bandwidth and reducing latency -- are really horizontal problems and challenges," Seiler said. "We started to realize that this Titanium Cloud technology was really not just a telco platform but could be applied to other enterprises as well."

According to him, everyone from healthcare and retail companies to government agencies have shown interest. With that many people knocking on the door, you might think that Wind River would just make a few adjustments to accommodate different use cases and continue on its merry proprietary way.

Although the software is ready for production now -- albeit with something of a learning curve -- both ease-of-use and the feature set are almost guaranteed to expand quickly following this first release. One reason is that the project is being released under the Apache license, which will allow vendors to release "enterprise editions" with intuitive dashboards and automated installation paths that are proprietary but with open standards.

Work is already underway to add features to the base "community" edition that was released last week.

"One of the new technologies that we're working on within StarlingX is to develop the concept of a distributed edge cloud, where you can have multiple regional locations or mini-data centers that can then work with hundreds, or potentially even thousands, of remote servers or devices out in a factory or other locations," Seiler explained.

Since the platform was adopted by the OpenStack Foundation, Intel and Wind River have remained involved with the project, and the StarlingX code remains the basis for Titanium Cloud. The foundation has also seen input on the project from developers representing 99Cloud, China UnionPay, SUSE, Fujitsu, NEC, and others.