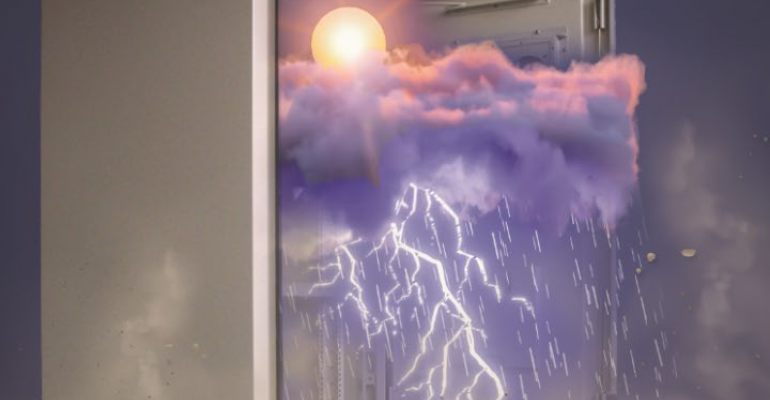 ASHRAE’s data center committee has released guidance for ensuring hardware deployed at the edge doesn’t get damaged by the elements.

The ASHRAE committee responsible for global standardization of operating thermal conditions in data centers (things like temperature and humidity) has published a set of guidelines for operating and designing edge data centers, hoping to have an impact of similar magnitude on this quickly growing market.

“The edge exaggerates everything, because it’s open to the outside,” Don Beaty, first chair of the committee (called TC 9.9), its co-founder, and one of the document’s authors, told DCK.

When you open the door of an edge data center, especially one of a smaller variety (“like the size of a phone booth”), you expose the hardware inside to the atmosphere, he explained. “And the IT hardware is not designed for that.”

Edge computing infrastructure is proliferating, driven in part by growth of enterprise datasets, which have grown so large, that it’s become difficult to move them into a traditional cloud facility for analytics, and it makes more sense to put the analytics computing power close to where the data is stored.

The growth is also driven by the need to lower application latency and reduce data transport costs.

ASHRAE cited a prediction by Gartner that more than 75 percent of all data enterprises generate “will be created and processed outside the traditional data center or cloud” as soon as five years from now.

The ASHRAE TC 9.9 Technical Bulletin on edge computing is a set of guidelines for designing and operating edge data centers in ways that prevent IT hardware from failing or having its warranty annulled due to exposure to the elements.

Humidity, temperature, and air pollution are all things that are closely watched in conventional data centers. But these things have a much bigger impact if they get out of control in an edge data center. That’s because edge data centers hold less IT equipment, are much smaller in size, and don’t have as many alternative connectivity options, since they’re typically deployed in remote locations.

Open the small enclosure door to service a computer when it’s 23F outside, rainy, or on an especially high-pollution day, and any of those elements will have immediate impact on the equipment.

TC 9.9’s technical bulletin explains what to pay attention to when reading the IT suppliers’ warranty or when designing and maintaining edge data center enclosures; it includes recommendations for ensuring safe operating conditions when equipment is being serviced by field technicians; it covers site selection, and other considerations.