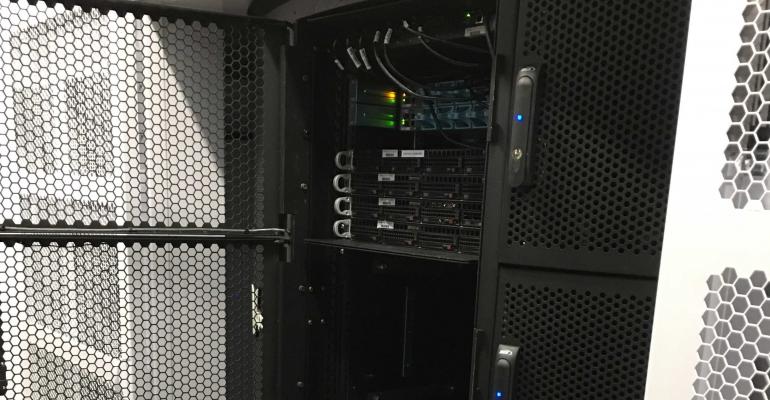 Hivelocity, Vapor IO to Bring Bare Metal for Edge Computing to 36 US Markets

The data center provider signs with Vapor IO to bring its bare-metal infrastructure closer to more users across key US metros.

Vapor IO has signed another customer that will use the network of edge data centers the startup is building all around the US to host bare-metal servers customers can order and spin up automatically, similar to the way people order virtual servers from public clouds like AWS or Microsoft Azure.

The bare-metal service provider is Hivelocity, which has deployed servers for one of its customers in Vapor’s Atlanta data centers and plans to do the same in the rest of the 36 markets Austin-based Vapor has set out to launch within the next two years. (It’s currently live in Atlanta, Chicago, Dallas, and Pittsburgh.)

Related: Digital Realty and Vapor IO Pave the Roads to the Edge

The Hivelocity customer is AlefEdge, which creates super-fast private wireless networks for enterprises. (Vapor announced an AlefEdge relationship in September but didn’t mention Hivelocity’s involvement.) AlefEdge’s solution includes not only wireless connectivity but also compute services attached to the private networks. Edge data centers of the kind Vapor is building expand the amount of locations it can offer that compute power in without placing it on customer premises.

Besides another clear use case for the emerging class of compute infrastructure known as “edge computing,” the deal demonstrates the lift Vapor is getting from its one-year-old partnership with Digital Realty Trust, the world’s second largest data center provider. Hivelocity is a long-time Digital customer, who needed to expand the reach of its network of bare-metal sites beyond the traditional colocation facilities it’s in. In Atlanta, it leases space inside Digital’s data center at 250 Williams Street.

Vapor and Digital interconnected their SDN-controlled networks in Atlanta, enabling Hivelocity to deploy its servers much faster (and cheaper) than would be possible otherwise, Richard Nicholas, the bare-metal provider’s senior VP of strategy and corporate, told DCK.

Hivelocity, which on its website site lists SpaceX, Volvo, Univision, and the US Coast Guard as customers, considers Atlanta a “regional” market, meaning it can serve customers in the surrounding region from a data center there. Its typical deployment in a regional market consists of two big routers, connections to five to seven transit providers, peering, and racks of bare-metal servers, Nicholas said. Over time, the capital investment in that infrastructure pays for itself, and the company makes a profit.

“That model works great” for the 18-year-old company, he said. “But that model doesn’t really lend itself well to a real edge deployment.” There’s no economically viable model that would allow a company like Hivelocity to deploy routers and servers and bring transit providers to multiple locations in a metro and still offer its customers an acceptable price point, he explained.

This is where Vapor is betting it can provide value in the many-layered edge computing infrastructure stack: instant colocation at multiple data center locations in a given metro, with real estate, data center facilities, and connectivity all taken care of and sold as a service. The startup calls it Kinetic Edge, interconnecting its locations within a metro among each other with dark fiber, bringing in carriers, and, by virtue of its software platform, enabling its customers to treat the entire metro as a single, distributed virtual data center.

Vapor’s alliance with Digital Realty ensures it can easily interconnect this metro network with a local Digital facility. Integrating with Digital’s network makes it easy for Digital’s customers to take advantage of the Kinetic Edge while giving Vapor’s customers access to network providers in the Digital location.

Another Vapor customer that provides bare-metal services is Equinix Metal, formerly known as Packet. The other customers whose names the five-year-old startup has shared publicly are Cloudflare and StackPath.

Tampa-based Hivelocity has built out a global network of data centers, consisting of what it calls “core” and “edge” sites, although Nicholas admitted that that naming convention was due for a refresh. Each of the locations listed as edge on its website serves the region its in; there isn’t an accompanying core site. The current “edge” sites serve the same function as “core” sites. They just have fewer features, such as one transit provider instead of five to seven and no backup or custom servers in stock, he explained.

Unlike Hivelocity’s old edge, Vapor’s data centers in Atlanta make Hivelocity’s computing infrastructure within a metro more distributed and extend its footprint further out, closer to more end users in the area.