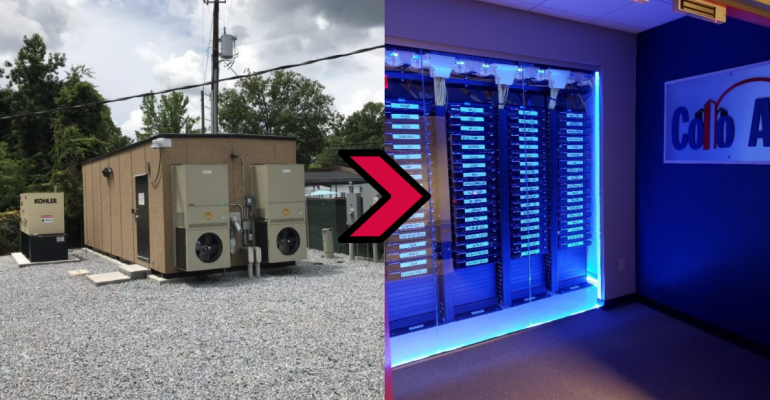 Flexential Gets into Edge Colocation, Partners with American Tower

Pitches services at American Tower’s Atlanta edge data center at the foot of a wireless tower.

US data center provider Flexential is getting into the budding market for rentable colocation space for edge computing infrastructure.

Its announcement Tuesday doesn’t represent a big bet on the space but rather a careful first step forward in what could eventually become a big market. Flexential has partnered with American Tower to use the tower giant’s edge data centers in Atlanta, Denver, and Boulder as edge data center tentacles to its national network of traditional colocation facilities.

Flexential, one of the largest national-scale data center providers in the US, is launching the edge colocation service in Atlanta first. That’s where American Tower launched its first edge data center, in the Ben Hill neighborhood, two months ago. The other two locations are expected to come online in the near future.

The small data center, housed inside a shipping container-like enclosure, is at one of American’s wireless tower sites.

Related: EdgeMicro to Launch Its Next Five Edge Data Centers by Year’s End

Some edge data center startups and their tower partners early on pitched towers as ideal edge data center locations because they supposedly provided the shortest path to end-user devices. They have since stopped pushing that angle, because it's become clear that legacy wireless carrier networks routed mobile traffic from towers via terrestrial networks to hubs, such as telco central offices, often located far away, and then back, and that the technology to break out the traffic directly at the tower sites had yet to mature.

Now the argument for placing edge computing infrastructure at or near wireless towers rests primarily on the availability of real estate and terrestrial network infrastructure already present at these locations.

Customers of the new Flexential Local Edge solution in Atlanta can push traffic from their edge computing node to the interconnection hub at 55 Marietta Street operated by Colo Atl, a local data center provider American Tower acquired last year. They would be connected to the rest of their infrastructure deployed at Flexential facilities via FlexAnywhere, Flexential’s connectivity fabric that interconnects its own data centers and third-party carriers, cloud providers, and submarine-cable termination points.