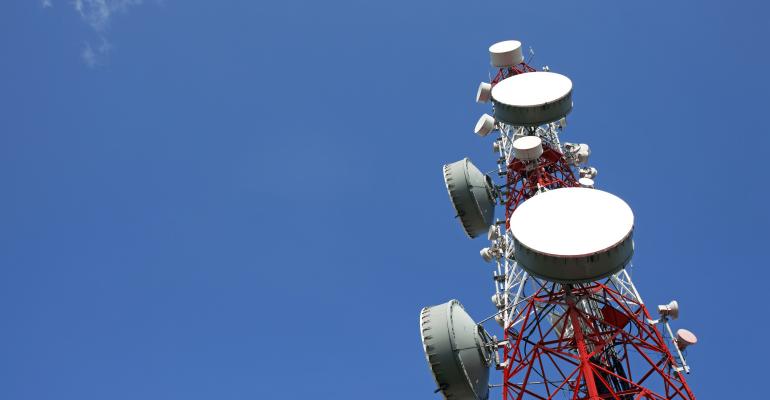 The Edge Up Close: Packet’s Cloud Extending to Its First Cell Tower

An early edge computing deployment at a wireless tower will double as a testing ground for new technologies, operating models, and businesses.

Cloud provider Packet is getting close to launching its first edge data center at a wireless tower site in Boston, operated by SBA Communications. The company is targeting launch before the end of the year.

The site will be one of the earliest operational deployments of edge computing at a cell tower and the first publicly disclosed deployment of a bare-metal cloud service in such a location – at an intersection of fiber infrastructure in the ground and wireless networks in a big metro. As such, it will be a petri dish for developing technologies, operating models, and business models that work at the edge.

It will be Packet’s new cloud availability zone, extending the company’s platform, currently hosted across 18 locations, to Boston. A longer-term target is to stand up 50 such locations, another two of them in the works in Chicago.

Edge computing holds promise of new opportunities for technology and infrastructure companies old and new. SBA, a nearly three-decade-old tower company, sees it as an opportunity to get into a new business – providing data center colocation services at its tower sites. For Packet, a four-year-old startup, it’s an opportunity to build a set of innovative, differentiated cloud infrastructure services at a time when the mainstream cloud market has been overtaken by giants like Amazon and Microsoft.

Want to learn more about what Packet, SBA, and other early movers in edge computing are up to? Most importantly, are you wondering whether enterprise IT/data center leaders should even care about any of this? We at DCK think they should, but don’t take our word for it. At Data Center World Global in March, Packet CTO Ihab Tarazi, Vapor IO founder and CEO Cole Crawford, and StackPath founder and CEO Lance Crosby (founder of SoftLayer, sold to IBM for $2 billion) will join us for a panel to take a deep dive into the earliest deployments of edge computing infrastructure and to talk about what it all means for the future of enterprise technology. Register here

The Next Puzzle: An Edge Operating Model

Currently, Packet’s focus is on developing an operating model for this new type of infrastructure, Ihab Tarazi, the company’s CTO, told Data Center Knowledge in an interview. There are already working models for managing big data centers across multiple metros and providing colocation or cloud services out of those facilities. A functional operating model for a platform that may one day scale to hundreds of small edge computing nodes – many of them in remote, not easily reachable locations – has yet to be devised.

“We have to design the operational support model,” Tarazi said. “We want to automate as much as possible. There’s lots of work there.”

SBA, whose business is leasing antenna space on its towers (it has close to 15,000 in the US, according to Wireless Estimator) to carriers, also has a lot to figure out. Like the biggest American data center providers, it operates as a real estate investment trust, or REIT, but antenna colocation is not the same as data center colocation, and edge data center colocation is a whole new category altogether, with plenty of unknowns.

“We think this is a way to leverage our existing asset base, make those assets even stickier and more essential to the communications networks, but also provide us a new revenue stream,” Clay Moran, director of strategy at SBA, told us. Boston is the first location where SBA is trying this.

To house, power, and cool customers’ equipment at the Boston site the tower company installed an edge module by Baselayer, the Chandler, Arizona-based modular data center and software maker that was spun out of colocation company IO in 2014.

Packet is SBA’s first edge data center tenant. In this case, “I would think of SBA like you would think of Equinix or any of those data center companies,” Tarazi said. However, while the Baselayer module may look and feel like a data center, as more sites are deployed, the service will diverge a lot from typical data center colocation. The key factors making it different will be emphasis on wireless connectivity, a highly distributed platform, and an automation-heavy operating model.

Another American tower REIT, Crown Castle, recently took a stab at providing colocation services for edge computing at its tower sites. The company invested in Vapor IO, maker of data center racks, modules, and software for edge infrastructure, and announced a joint colocation offering with the startup. Earlier this year, however, Vapor bought out the colocation business, while remaining a Crown Castle partner.

The two Chicago edge locations Packet has in the works are being deployed inside Vapor modules at Crown Castle sites.

The First Use Cases

The first use case Packet will support for a customer at the Boston site is Internet of Things. Sprint, with whom Packet shares an investor, the Japanese holding giant SoftBank Group, will have IoT devices connect to Packet’s cloud at the site via a 4G network as part of the Curiosity IoT platform it announced in September.

Carriers like Sprint appear to be the most important target customers for edge services like Packet’s. As they steadily virtualize more and more of their networks, many of the virtual network function workloads are expected to run on servers at the edge. Network virtualization is expected to play an even bigger role as 5G services come online.

Another early user in Boston will be Federated Wireless, Tarazi said. His twin brother, Iyad Tarazi, is CEO of the six-year-old company, which plans to monetize CBRS, or Citizens Broadband Radio Service, by providing 4G and 5G services.

The CBRS wireless range is in the 3.5GHz band. The US Federal Communications Commission is preparing to free up the band for commercial use as part of its 2010 National Broadband Plan. Carriers are eager to use it to bulk up capacity on their wireless networks, while many enterprises reportedly want to use it for private LTE networks, both for regular enterprise use and for connecting IoT devices.

CBRS is also an opening for many new wireless players like Federated Wireless. Ihab Tarazi said he expects those new players, not the established telcos, to be behind most commercial CBRS deployments.

Packet is also in discussions with “two or three” big cloud providers about potentially helping them deploy edge compute hubs for their IoT platforms and extend their regular cloud platforms to the edge, Tarazi said.

Asked whether traditional enterprises are exploring the kind of edge computing infrastructure Packet is building out, Tarazi said they are. However, the CIO of an insurance company or a healthcare provider doesn’t speak about it in the same terms a carrier does.

Many enterprise IT leaders are interested in meaningfully leveraging wireless connectivity as part of their enterprise networks. There’s a lot of enterprise interest in wireless as a use case for edge computing. But “for them, wireless is programmable last mile with performance, which is really edge compute in our language,” Tarazi explained. Last mile in this case would be the segment of an enterprise network between an end user or an office building and the base of a cell tower or another edge site.

Edge compute for IoT platforms is also interesting for enterprises, but “figuring out wireless” is the number-one priority for these users, as far as edge is concerned, Tarazi said.