FedEx’s many logistics locations to provide real estate for the future edge platform.

Here’s a company you wouldn’t think of as a player in the world of edge computing infrastructure: FedEx. Much like owners of the real estate that wireless towers stand on, the transportation giant has a massive portfolio of logistics real estate that lends itself to edge data center deployments.

Dell Technologies and Switch, the Las Vegas-based data center provider, have teamed up with FedEx to do just that. They will use its logistics centers to set up edge computing facilities and charge other companies for using that infrastructure to run their applications closer to their end users to reduce network latency.

That logic of placing computing infrastructure physically closer to more end users to reduce the amount of time it takes for bytes and bits to travel to their devices is similar to the logic of placing package distribution warehouses in large population centers. That means FedEx, in its pursuit of shrinking package delivery times, has amassed a global network of locations that should work just as well for shrinking packet delivery times.

“FedEx is in every metro market in the country,” Adam Kramer, executive VP of strategy at Switch, told DCK. “If we deliver an edge solution, we need to be at the edge, and the edge is everywhere.”

Related: IT Vendors Want You to be Extra Careful with Edge Data Centers

FedEx will play another role, too. It will be the first consumer of the future edge computing infrastructure solution. As such, it will help guide the solution’s development by Dell and Switch from an enterprise end-user perspective.

As FedEx CIO Rob Carter recently mentioned in his keynote for Interop, the company’s years-long, ongoing digital transformation effort includes automating its logistics infrastructure using vast amounts of IoT sensors, robotics, and machine learning. Low-latency connectivity is crucial for applications in this category, and edge computing is a way to deliver that. 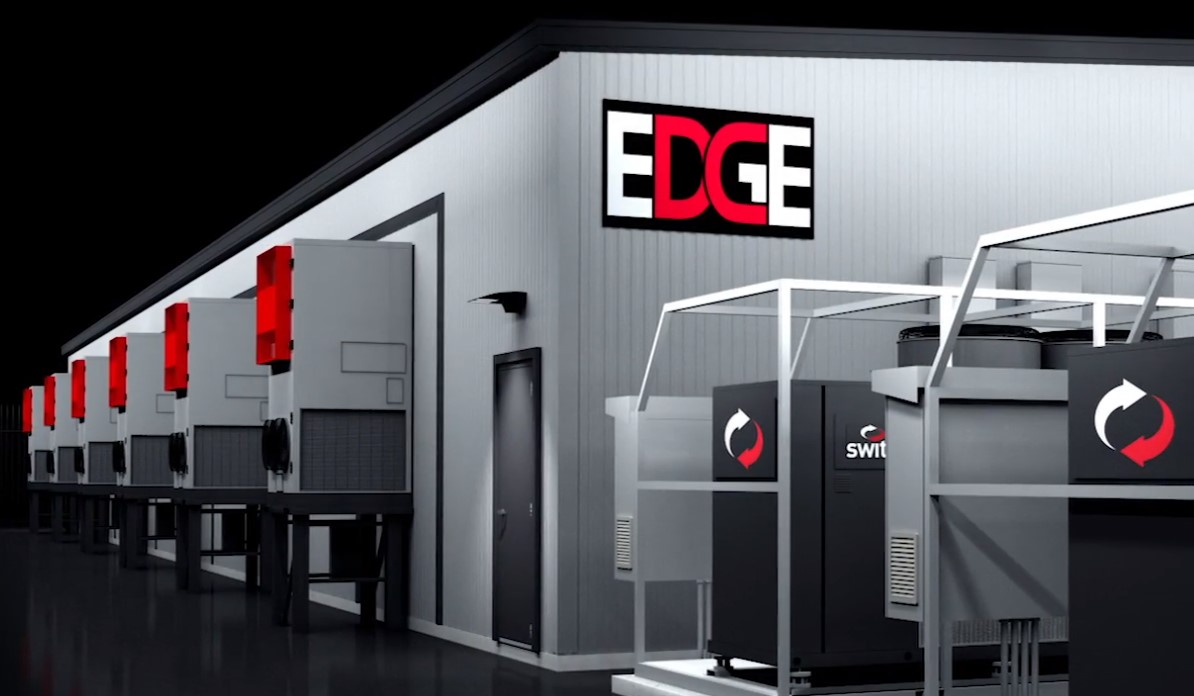 Industrial automation of the kind FedEx is implementing is behind much of the edge computing infrastructure being deployed today. Market analysts with Omdia’s Cloud and Data Center research practice recently surveyed a group of edge computing leaders from large cloud providers, communications companies, startups, and vendors in the space, and found that logistics was one of the verticals most actively adopting edge computing. Process automation was one of the top drivers for this category of compute architecture, based on the survey responses.

Switch and Dell’s solution will consist of Switch-designed edge data center modules; hardware, cloud platform, and managed services by Dell; and network links to Switch’s large data center campuses, of which it has four. (FedEx has been a Switch data center customer for years.) Dell spokesman Lon Levitan said the company wasn’t prepared to share details about the platform it would deploy, saying only that it would include Dell servers, hyperconverged infrastructure (VxRail is Dell’s HCI flagship), storage, and networking.

Dell-controlled VMware has a robust cloud infrastructure software platform, but Levitan declined to say whether it will be part of the future edge solution.

The first deployment will be in Memphis, where FedEx is headquartered, and the plan is to bring it online early next year, Levitan said. Dell and Switch, both of whom will sell the edge computing platform, will deploy it in other locations based on demand, be it from FedEx or another customer, Kramer explained.

“This is being designed [from] day one to serve the broader market,” he said.