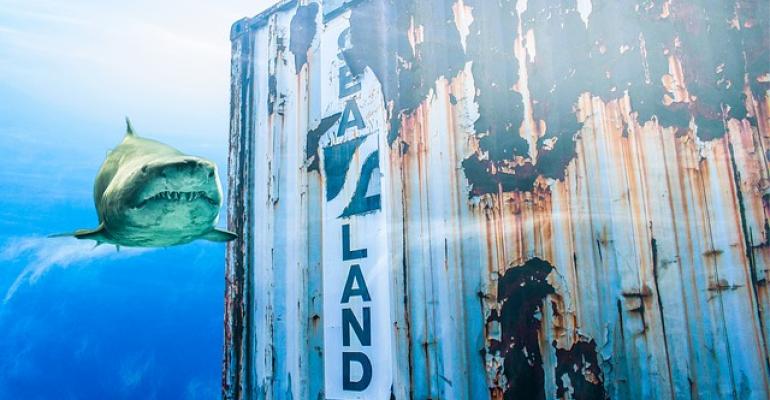 No Matter What You’ve Heard, the Docker Container Ship Is Not Sinking

According to some press reports around a leaked memo from Docker's CEO to its employees, the open source company that all but invented the container technology boosting cloud growth for the last five years or so is facing hard times. Although the memo does indicate that the company is needing some cash to tide it over or help it expand, the situation doesn't seem to indicate that the Docker container can't weather the storm.

"As shared at the last all hands (meeting), we have been engaging with investors to secure more financing to continue to execute on our strategy," Rob Bearden, Docker's CEO since May, wrote in an email sent to company employees. "I wanted to share a quick update on where we stand. We are currently in active negotiations with two investors and are working through final terms. We should be able to provide you a more complete update within the next couple of weeks."

It's not like those following the company don't have good reason to suspect that the "we need money" mantra is leading to Docker's final resting place in Davy Jones' Locker. The company took more than a few detours as it searched for the route to monetization, with leadership problems arising along the way as well. Beardon, for example, who was CEO at the open source big data company Hortonworks before it merged with Cloudera last year, is the fourth CEO in Docker's short history and the third since 2017.

Like most tech startups, venture capitalists saw to it that Docker didn't have to be in a big hurry to figure out how to make its software pay the bills. Since its inception six-years ago, the company has seen at least nine funding rounds that raised a total of $272.9 million. The trouble with venture capitalists, however, is that they want to eventually see a return on their investment, and Docker made some early mistakes that made smooth sailing elusive.

The first mistake: Growing before focusing on a core business strategy.  "Docker quickly expanded its workforce and marketing expenses before figuring out a good strategy to commercialize its technology," Vladimir Galabov, the principle data center compute analyst at researcher IHS Markit told ITPro Today in an email exchange. "That was mistake number one. They ended up with loads of users of the open-source Docker but few commercial subscribers."

Docker's failure to become an early supporter of Kubernetes cost the company dearly, as the orchestration engine that came out of Google quickly became more associated with container technology than Docker's name had been and "Kubernetes" began to replace "Docker containers" in press accounts. Eventually the company somewhat reluctantly jumped on the bandwagon with their own Kubernetes distribution, but as Galabov observed, they "were late to the party."

Being late to the party doesn't necessarily put you out of the game. According to Galabov, Docker appears to now have enough income and growth to sustain success. In 2018, he said, the company came close to reaching its revenue targets by taking in almost $100 million in revenue from more than 650 companies with Docker Enterprise subscriptions, a number that's risen to be more than 800 in 2019.

"That’s significant, and only topped by Red Hat which had more than 1,100 (companies)," he said. "To put these numbers into perspective, Pivotal only has 145 or so container software subscriber companies and Rancher Labs has 300-500. So, Docker isn’t doing too badly."

The company has also been busy upping its game. In early September, the company announced that the Cloud Native Application Bundle, an open-source and cloud-agnostic specification for packaging and running distributed applications that was developed by Docker in partnership with Microsoft, HashiCorp, Bitnami, Intel, and others, had reached its 1.0 release. In addition, CNAB became a Joint Development Foundation project under the Linux Foundation.

By this time, the CNAB specification had already been included in Docker App, which is used to build CNAB bundles for Docker Compose that can be used with CNAB clients from any vendor, as well as to install, upgrade, and uninstall CNAB bundles from any source.

In spite of these success factors, Docker will still need to get a handle on its expenses before it's fully out of the woods, according to Galabov.

"To me, the company is on a path to recovery but is still supporting a large number of employees, more than 500 for a comparatively low revenue of around $120 million," he said. "Normally we’d expect each employee to contribute at least $250,000 in a company the size of Docker."

Article was updated on October 2, 2019 to change the number of companies with Docker subscriptions in 2018 to 650. The article originally reported 800, which is the number of companies subscribing to Docker in 2019. In addition, the number of Docker employees was changed to "more than 500" (400 was originally reported), and the amount of necessary per employee contribution was raised from $100,000 to $250,000.
TAGS: Startups Business DevOps
0 comments
Hide comments
Recommended Reading