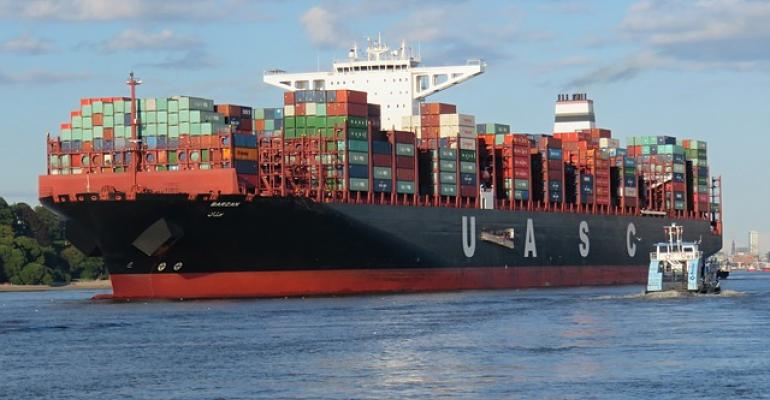 Today the beta version of Docker Enterprise 3.0 was unveiled at DockerCon during the morning keynote by Docker CEO Steve Singh.

DockerCon 2019 opened its doors this morning in San Francisco with an unveiling of what will be Docker's latest and greatest once it's ready for prime time. This came during the morning's opening keynote by Docker CEO Steve Singh, who after a bit of a pep rally introduced a demonstration of the beta preview of Docker Enterprise 3.0, the open source container company's flagship product. In addition, a new Software-as-a-Service offering was announced.

Docker Enterprise is the company's fully supported subscription platform for building and managing containers, and includes many features not found in the company's free community offering. Being a major point release, the software previewed today arrives with plenty of new features under the hood, such as integration with Docker Desktop, expanded Kubernetes capabilities, and a system for rolling multi-container applications into a single package deployable to any infrastructure.

"Today we have over 750 enterprise customers driving their digital transformation efforts with the Docker platform,” Singh said in a statement prepared in advance of today's keynote. "These companies are using technology to drive innovation across their entire organization. As the only independent container platform vendor, we're excited to be able to offer customers high velocity innovation, choice, and security across their entire application portfolio."

Most of the improvements made to this release of Docker Enterprise are aimed at streamlining the process of building and managing containers to make things easier for DevOps teams. In addition, the company is making it possible for developers with limited command line skills to take full advantage of the platform's capabilities with the integration of Docker Enterprise Desktop. 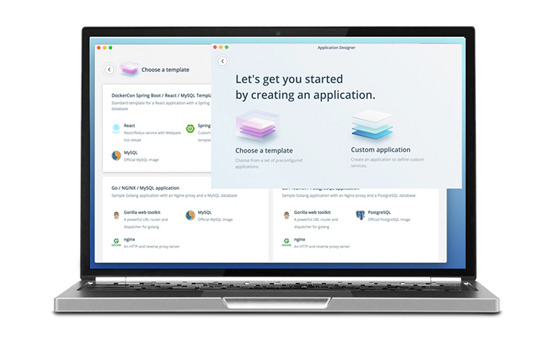 "In many organizations, we find that there's a small cadre of Docker experts who are fine using the command line for Docker," Scott Johnston, Dockers GM of Enterprise Solutions, told ITPro Today in a recent conversation about the new release. "But there are thousands of other developers who are good at developing, say Java or Windows applications, and they just want to be productive with Docker quickly; they don't want to have to go off and become super experts.

The Docker Desktop offers users a graphical user interface with full point-and-click access to all of the tools needed to leverage the Enterprise platform's capabilities, including full Kubernetes and Docker stacks. The drawback for a small percentage of developers is that the desktop won't run on Linux, only Windows and MacOS.

There should be little surprise that Docker is upping its Kubernetes game in this new release. The company was initially very late to the Kubernetes table and didn't include the orchestration engine until about a year-and-a-half ago, long after Kubernetes use had eclipsed its homegrown Swarm orchestration offering to become the standard for managing containers.

In Enterprise 3.0, Docker introduces Docker Kubernetes Services, which Docker says will simplify the scaling and deployment of applications.

"This is the first commercial product that has commercially supported Kubernetes on both the desktop and the server side, and the two are synced," Johnston said. "This means that the version of Kubernetes and Docker on the Docker Desktop is the same version as Kubernetes and Docker on the server. The reason that's important is that the developer who's building the app wants to know that they're accessing the same features and functionality on their laptop as their app is going to require on the server side."

In addition, he said that DKS can run Docker's native definition language, Compose, as well as native Kubernetes formats YAML and Helm Charts.

Also new to the platform is Docker Applications, which takes advantage of the Cloud Native Application Bundle, a cloud-agnostic specification developed by Docker and Microsoft for packaging and running distributed applications.

"A way to think about this is that it's a container of containers," Johnston explained. "It's a way to encapsulate and package all the different containers, config files and app descriptions that define the application into one single object that the developer and the rest of the teammates can use to shepherd the application through different stages of the pipeline."

Docker Enterprise 3.0 will be available as SaaS that can either be accessed and used online, or can be downloaded and installed locally with pay-as-you-go pricing.

The beta version of Docker Enterprise 3.0 is currently available as a free download with signin. The release date for the production ready version is not yet available.