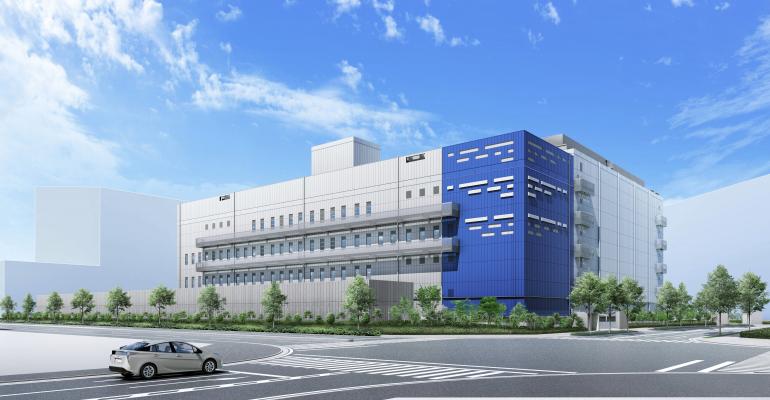 A key campus facility as close to Tokyo as Ashburn is to Washington could become the Jewel of Japan as soon as September.

There’s a reason that much of the eastern United States’ data center traffic flows through Ashburn, Virginia, and not Washington, DC. Metropolitan areas are dense, already wired, and difficult to reach by drill. Suburbs, on the other hand, have city and township officials who are easier to deal with. In a perfect world, a fiber optic pipeline could be dropped onto Tokyo from space.

About 126.2 million people live in Japan. At least one-fifth of them inhabit a 9,000-square-kilometer area around Tokyo Bay. The Bay’s mean depth is only about 15 meters (roughly 50 feet). Any submarine cable being laid in such shallow waters would probably need to be sunken into a ploughed trench and only after being covered in an unusually thick polyethylene jacket. Even then, such a cable might not withstand being nicked, smashed, or even cut by a large anchor dragged by fishermen’s stow nets being pushed by the strong current.

In addition to all this, it happens that someone has stuck Tokyo at the far northern end of a heavily trafficked bay, whose mouth opens to the south.

“For a long time at Digital Realty, with Connected Campuses, we’ve been ensuring that all of these different points of submarine cables, core infrastructure, data creation points throughout the metro are all pulled together,” the data center provider’s CTO, Chris Sharp, said in an interview with DCK.

MC DR is building a 38MW connected campus facility NRT10 in Inzai City, about 40km east-northeast of Tokyo, scheduled to be completed in August. But connecting Inzai by fiber to the rest of the world is, as the fictional King of Thailand would say, “a puzzlement.” There are submarine cable landing stations on the peninsula south of the Chiba province boundary at Emi and Wada. However, the only terrestrial routes north from those stations would cut straight through nature preserves and other protected areas and even then have to orbit the northern head of Tokyo Bay before reaching the city.

If the aim is to avoid both Tokyo City and Tokyo Bay, the only alternative would be to use the landing sites at Kitaibaraki (168km northeast of Tokyo) or Ajigaura Beach (126km northeast). That’s what Arteria will help Digital Realty do: It’s needed a way to get faster internet service to its residential and business condo customers who don’t live in the center of town and would prefer not to have their internet traffic dependent on gateways in the center of town. 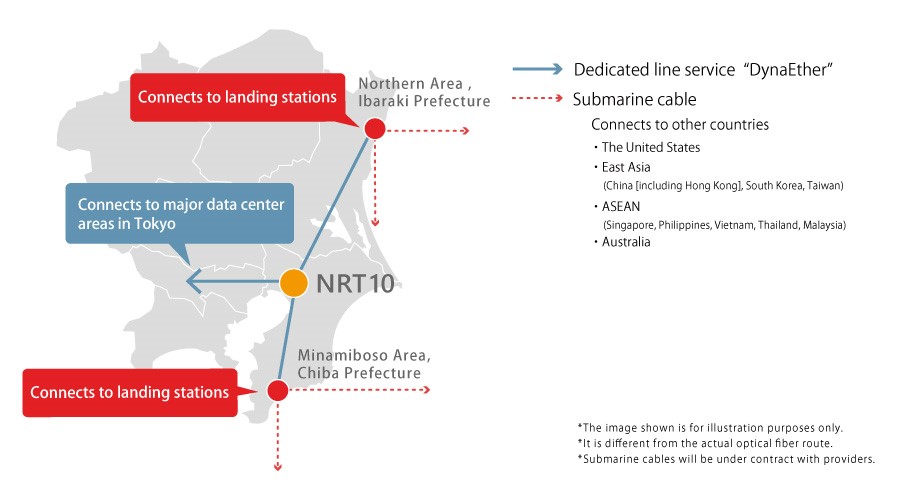 The plan is for the collaborative venture to build a pair of terrestrial dark fiber lines between the northeast landing stations and the south peninsula stations. Their halfway point would be NRT10 in Inzai, which would already be communicating with metropolitan commercial and enterprise customers over new Digital Realty Metro Connect lines.