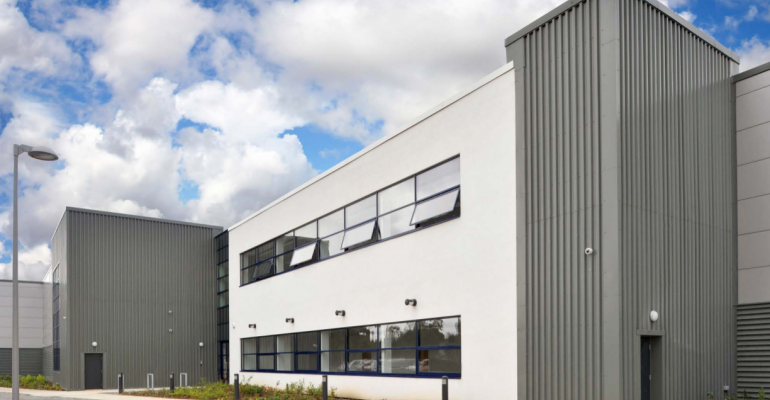 While the pandemic has presented some challenges, the company’s executives said the company was well positioned for the year.

In early March, Digital Realty Trust closed its $8.4 billion acquisition of the European data center giant Interxion – the largest transaction in its history. A week later, California, where Digital is based, went on lockdown in hopes of slowing down the spread of the coronavirus.

Changing data center operating processes globally and integrating two massive companies, all while the employees who don’t work in data centers switch entirely to working remotely is a unique challenge to say the least.

“We have obviously had to adapt to the current environment. The transaction closed on March 13, and we began sheltering in place the following week,” Bill Stein, Digital Realty CEO, said on the company’s first-quarter earnings call Thursday.

“Many of the initial meetings between teams that would have taken place in person have been virtual instead, and that has obviously created some challenges. But both teams have risen to the challenge.

“During that first week, we had to implement policies, procedures and customer communications for operating in the midst of a global pandemic.”

The global market-reshaping Interxion deal and the COVID-19 pandemic’s impact on the business dominated the call. Like other publicly traded US-based data center REITs before it, Digital reported minimal pandemic impact so far.

Lockdowns in the US started at the tail end of the quarter, when most of the customer deals that would have been closed during the period had been closed. And even though some analysts were “disappointed” with Digital’s guidance for the year, the company, like its largest publicly traded rivals, had a strong first quarter.

The company reported $823 million in revenue for the quarter (up 1 percent year over year) and $0.90 per share in net income available to common stockholders – almost double the $0.46 per share in the same quarter last year.

Excluding Interxion’s performance, Digital expects the bookings it signed in the first quarter to generate a total of $75 million in rent revenue per year. It expects Interxion’s Q1 bookings to generate another $10 million annually.

Besides the changes the company has had to make to the way it runs its data centers, the adjustment to working from home for office workers, and the added complexity on top of the already complex task of merging with Interxion, the pandemic’s impact on the business has been limited so far. And, while cautious in the face of continued uncertainty, company executives said they were optimistic that the company would show strong performance for the rest of the year.

“As we are all aware, the global economy has ground to a halt,” Stein said. “As you've heard me say many times before, data center demand is not directly correlated to job growth, and we are fortunate to be operating in a business levered to secular demand drivers, both growing faster than global GDP growth and somewhat insulated from economic volatility.”

Digital estimated its exposure to industries hard hit by the lockdowns – retail, energy, and travel and lodging – to be 5 percent of revenue. That means enterprises in those industries contribute 5 percent of the data center provider’s total revenue.

Customers representing 2 percent or revenue have asked Digital for some form of rent relief as a result of the pandemic’s impact on their businesses, Digital Realty CFO Andrew Power said. Other publicly traded data center REITs reported similar degrees of exposure to the hardest hit industries.

Most of that exposure (78 percent) is concentrated in the US, with other substantial portions in the UK (9 percent) and the euro area (4 percent), the company said.

The lockdowns have also paused or slowed data center construction activity around the world, and Digital Realty executives said they expected this to affect the company’s ability to deliver new capacity on scheduled due dates in some markets.

The delays mostly have to do with an inability to bring labor to the construction sites, Power said. In Singapore, for example, the company expects a delay in completing a new 50MW data center, more than a fifth of which has already been pre-leased.

“When you have a country like Singapore that was originally out of the woods in terms of its exposure and then kind of goes back into lockdown, our 50-megawatt shell … is going to certainly get delayed a couple of months,” Power said.

He described similar situations in Toronto and Hillsboro, Oregon, where Digital will be unable to commence customer leases and start seeing revenue coming in from those investments as soon as previously expected.

But, he said, this affects “just a handful of select markets,” not enough to characterize the delays as a “widespread phenomenon with our portfolio at Digital.” The company's biggest rivals similarly said that while they were seeing some delays, most construction projects were expected to be completed on time.