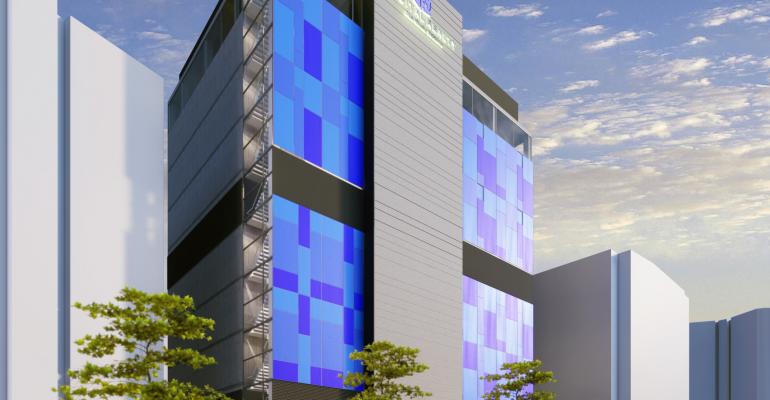 Plans a 10-story building in Seoul; rushes to bulk up in Frankfurt, where it’s running out of capacity

Digital Realty Trust is planning to build a 10-story data center on a piece of land it recently acquired in Seoul. When launched, it will be the company’s first building in South Korea, an important tech market its executives say has been underserved by carrier-neutral data center providers.

The company has also bought a large site in Frankfurt, rushing to add capacity in the major European data center market where its existing buildings are nearly full.

Digital synced both announcements with its second-quarter earnings release Tuesday. It reported $801 million in revenue, up 6 percent year over year, and $1.53 per share funds from operations, down from $1.64 per share in the same quarter last year.

San Francisco-based Digital has a sprawling global footprint, and Seoul adds another pin to the map of its presence in Asia, which consists of data centers in Singapore, Hong Kong, Tokyo, and Osaka.

Equinix, the world’s largest carrier-neutral colocation provider, announced entry into Seoul earlier this year, expecting to launch its facility there in the third quarter.

The expansion into Seoul was “customer-led,” Digital’s CFO Andy Power told DCK, meaning the company has observed demand for data center space in the South Korean capital – home to about 10 million residents, or one-fifth of the country’s population – from its customers.

Carrier-neutral network interconnection points aren’t non-existent in Seoul, but the market isn’t as robust as some of the world’s other major metros. The biggest neutral internet exchange point in South Korea currently is Korea Internet Neutral Exchange, which has about 45 members and 280 Gbps maximum throughput

Other data center providers offering carrier-neutral colocation services in Seoul include Sejong Telecom and LG CNS. While technically neutral, they offer relatively few service-provider options: the former four and the latter five, according to Cloud Scene. For comparison, just one of Equinix’s three data centers in Tokyo offers access to 80 providers.

Entry by both Equinix and Digital, one not long after the other, has the potential to radically change the colocation market dynamics in the Seoul market.

There’s a shortage of vacant land in Seoul, and the site Digital acquired in the northwestern portion of the city is tiny compared to the size of properties it buys normally: 22,000 square feet. It paid “around $15 million” for the site, according to a company spokesman.

In hot markets where land is tight, data center developers have little choice but to build as high up – and in some cases as low down – as they can.

In addition to rising 10 stories above ground Digital’s future data center will have three floors underground, altogether packing about 130,000 square feet of floor space and 12MW of critical IT power. It will be the tallest purpose-built data center the company will have ever built, Power said.

Although, “we’re not ruling out any certain customer profile,” Power expects most of or the entire building to be used for retail colocation services, rather than its bread-and-butter wholesale data center products. “We don’t plan to lease all 12MW to one customer on a long-term contract,” he said.

The Frankfurt expansion on the other hand is all about wholesale. The company plans to build an 84MW data center on its new parcel there, as its existing campus in the market is almost at capacity.

“We’re not quite full, but we’re moving in that direction” and “moving fast and furiously in buying the precious land in Frankfurt,” Power said.