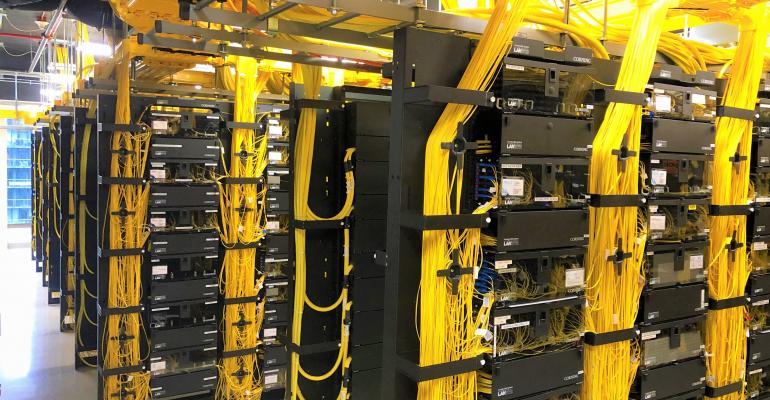 If all goes to plan, the data center giant will soon own nearly 100 percent of Seattle’s Westin Building Exchange.

Digital executives declined to disclose terms of the transaction, but the property is highly strategic for the San Francisco-based data center giant. The 40-year-old building is the biggest telecommunications hub in the Pacific Northwest.

Being a tenant in the Westin Building Exchange means having network access to more than 150 carriers (including all major Canadian network operators), a multitude of existing and upcoming intercontinental submarine cables that land on the West Coast, and all the big cloud and content companies – all exchanging traffic in the building’s meet-me rooms.

The 34-story tower is home to the Seattle Internet Exchange and Pacific NW Giga POP, a point of presence on the network used by researchers and academics throughout the Pacific Rim. The building is adjacent to Amazon's enormous headquarters campus, which uses some of the heat generated by servers in the Westin data centers (up to 5MW) for comfort heating.

Data center assets, especially highly strategic ones like the Seattle carrier hotel, have been changing hands rapidly in recent years, commanding high premiums. Acquiring a controlling stake in the property now ensures that a competitor – such as Equinix – won’t swoop in and take it over. (Equinix operates a colocation facility nearby.)

But Greg Wright, Digital Realty’s chief investment officer, said he and his team didn’t strike the deal because they were “worried about Equinix.” The asset was simply a good fit for their business strategy, he told DCK.

“Regardless of who else could be a potential buyer, it’s an asset we like,” Wright said. “We’d rather own more of it than less.”

Since Digital has owned a big stake in the building for many years, the latest deal won’t make a huge difference for its existing customers, who have had access to all the networks there anyway. But it will over time make for a more consistent customer experience, since Digital will be taking over management of the facility from Clise, Wright said.

Leveraging the fact that it has both retail colocation/interconnection assets and a massive wholesale data center portfolio – a lot of it leased by hyperscale cloud providers – Digital has devised a “connected campus” strategy, interconnecting the wholesale and retail assets in each region with a dedicated network, forming a single virtual data center of sorts, where any customer in a region can connect to any other customer in the same region as if they were both in a single facility.

In the Pacific Northwest, customers in Digital’s wholesale facilities in Hillsboro, Oregon (not far from Portland), get network access to all the networks in the Westin Building.

The latest deal with Clise is “highly complementary to what we’re doing in Hillsboro today,” Wright said.

Digital also announced some news on the other side of the Pacific Ocean, in Asia, where many of the submarine cables accessible through the Westin Building lead. The company’s joint venture with Mitsubishi has officially launched its third data center in Japan.

In addition to the Osaka operations, MC Digital Realty operates a data center in Mitaka, part of the Tokyo metro. It’s been buying more land in the Tokyo market, but has yet to announce concrete plans for new construction in the Japanese capital.