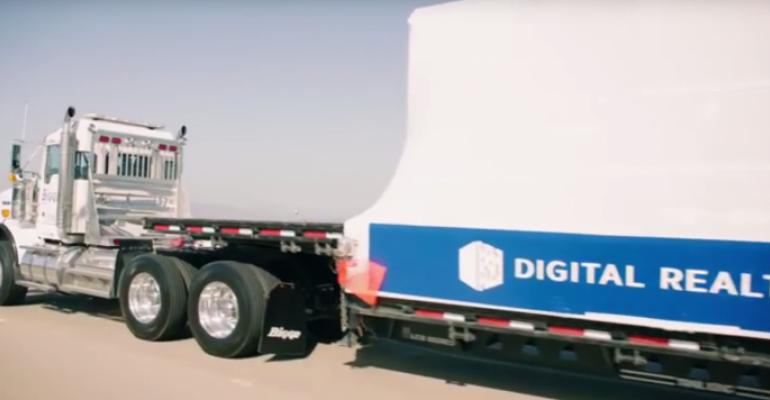 Supply in the market is extremely constrained, but next year will see a spike in new capacity.

Digital Realty Trust is planning to build a new data center in Santa Clara, California, expecting to bring 6MW of new capacity online early next year to a market where supply of available data center space is extremely tight, especially when it comes to multi-megawatt wholesale leases.

No customer has signed a pre-lease agreement for the future Silicon Valley facility. The San Francisco-based data center REIT is planning to build a powered shell at the site, located at 3205 Alfred Street, leaving its options open in terms of exact use (retail colocation, wholesale, or both), company CTO Chris Sharp told Data Center Knowledge in an interview.

“It’s a hybrid facility,” he said. Digital Realty is “coming to market with some data halls and shells that can be sold as wholesale, and if the customer demand picks up, we can definitely bring some colo product into the facility.”

Digital Realty, which currently has 17 properties in Silicon Valley, totaling 2 million square feet and 99MW of power, isn’t the only company bringing new capacity to the region next year. Vantage Data Centers, which earlier this year was acquired by Digital Bridge, expects to complete a four-story 15MW data center around the middle of 2018.

Related: Going Green in Silicon Valley is Expensive, but Not for Everyone

It has multiple “interconnection gateways” in the metro area, which are linked with fiber to its wholesale facilities. The company introduced this strategy after it acquired interconnection heavyweight Telx for $1.9 billion in 2015.

Santa Clara is where most Silicon Valley data centers are – primarily because its municipal utility Silicon Valley Power offers relatively low energy rates and because of the data center industry’s natural propensity to cluster – but real-estate shortages have made it difficult to procure land to build new capacity, while demand for data center space in the high-tech industry’s epicenter remains high.

That may explain why Microsoft recently made the unusual move of acquiring a large piece of land in nearby San Jose, to build its next Silicon Valley data center. Hyper-scale cloud operators like Microsoft like to add a lot of capacity when they expand; it’s not unusual for Microsoft to lease 10MW at a time – a type of deal that’s simply not available from providers in the Valley today.

Sharp said that even though Santa Clara is the top data center market in the region, land scarcity may be creating an opportunity for a “secondary focal point” for the data center industry in the Valley. “I do think, because of some of those constraints, there’s an opportunity to potentially evolve it on the outskirts of South San Jose.”