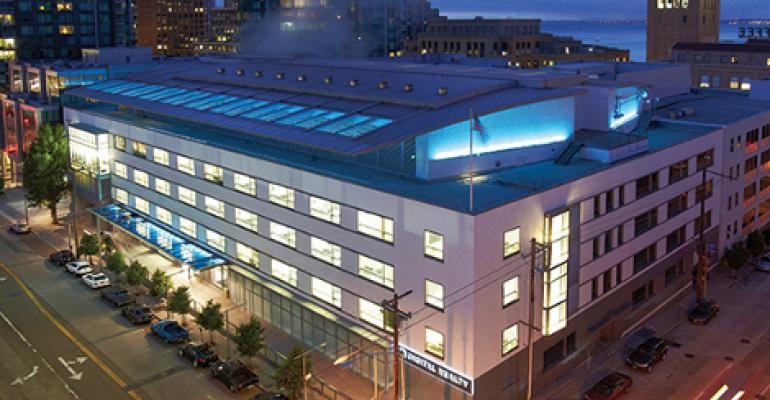 Digital Realty is bringing direct connectivity between its customers’ networks and Oracle’s cloud platform to 14 metropolitan areas in the US and Europe.

The service is aimed at enterprises whose applications rely on both Oracle’s cloud services and their own storage and computing infrastructure sitting in Digital’s data centers.

Providing direct, private network links to as many major public cloud providers as possible has become a crucial strategic capability for data center providers, as enterprises migrate to hybrid-cloud architectures. Through its Service Exchange platform, launched last year, Digital has been providing such access to Amazon Web Services, Microsoft Azure and Office 365, and Google Cloud Platform.

Differentiating itself from the others, Digital is emphasizing its ability to host an enterprise customer’s large-footprint data center in the same metro and in some cases within the same campus where their cloud provider’s infrastructure is hosted. That physical proximity makes significant difference in performance for applications running on hybrid-cloud infrastructure, Chris Sharp, Digital’s CTO, said in an interview with Data Center Knowledge.

While Oracle occupies more than half a million square feet of data center space across 16 Digital Realty locations, far from all of those metros actually host the infrastructure for Oracle’s cloud platform. Digital representatives declined to specify which ones do, but Oracle currently lists only three “availability domains,” each of which is a cluster of interconnected Oracle data centers: Phoenix, Ashburn, and Frankfurt.

That means that at least for now customers will only get to take advantage of the proximity factor in Ashburn and Phoenix. Likely to join this short list relatively soon is Dallas. Oracle recently leased 2MW from Digital in that market, according to a report by North American Data Centers.

Unlike Equinix, Digital provides both wholesale and retail colocation and interconnection services. It turned from an almost strictly wholesale provider to one that offers both in 2015, after it acquired the US colocation and interconnection heavyweight Telx. Following the acquisition, it launched the Connected Campus strategy, offering cloud providers mega-scale data center facilities and its more traditional enterprise customers data center space and ability to interconnect with those cloud providers right then and there.

A customer can buy a single cabinet, a cage, or multiple megawatts of data center capacity within a single campus, or “land and expand,” in Sharp’s words. “We can solve for a broader part of the customer’s architecture,” he said. “That’s a huge benefit.”

While AWS is far ahead of all others in the public cloud market, the omnipresence of Oracle’s software in enterprise data centers makes it a potential force to reckon with, as more and more enterprises shift workloads to the cloud. Microsoft has been leveraging its deep reach in the enterprise market to build its cloud business quite successfully, and Oracle has similar advantages.

Many Digital customers have been asking for direct network access to Oracle’s cloud, according to Sharp. “Oracle is pretty pervasive technology today,” he said, adding that Oracle’s software is “a very strong element of a lot of our customer’s infrastructure going forward.”

Fast access to databases – Oracle’s lead product – is especially crucial. Big data applications increasingly use data stored across multiple databases, pooled together into data lakes, making them a prime use case for direct high-performance links between the user’s on-premises database and their cloud provider.