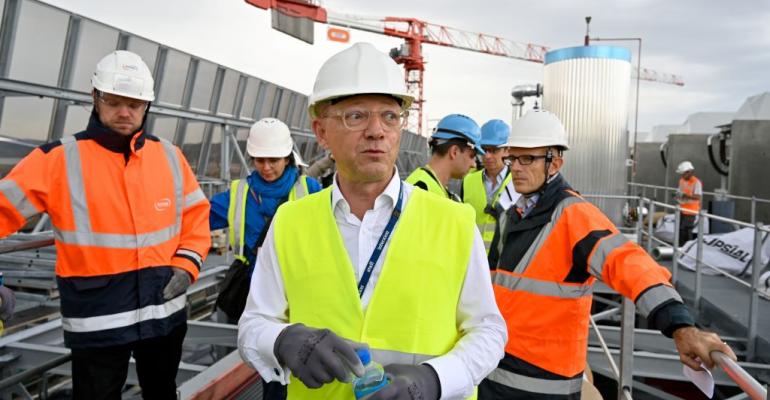 In a stock-swap deal, Interxion shareholders will get about 0.7 of a Digital share for every Interxion share they hold, Digital said in a statement. The deal values Interxion at $93.48 per share – well above its Monday close price of $88.67.

Earlier this month, the Hoofddorp, Netherlands-based company’s shares hit what was then an all-time high of $87, following rumors that several suitors, including deep-pocketed investment funds, had approached it with buyout offers. Digital, for whom the acquisition is highly strategic, appears to have won the bidding war.

Interxion has some of the most valuable data center assets in the biggest European markets – Frankfurt, London, Amsterdam, and Paris – and in Marseille, where it controls access to more than a dozen submarine cables linking Europe to Africa, the Middle East, and Asia. The company also has data centers in Madrid, Brussels, Zurich, Vienna, and Düsseldorf.

"The infrastructure requirements of our customers are evolving," he said. This evolution has created more opportunity for companies like Interxion and Digital to do business with them. Combined, the two companies are in a greater position to take advantage of those opportunities than each on its own. "You look at the relevance we have as a combined entity for some of these behemoths -- it’s really impressive."

Digital Realty CEO Bill Stein will lead the company once the transaction is finalized, and Ruberg will run the combined EMEA business.

Both executives said on the call that they'd been discussing a possible merger for some time. "This deal to me makes a lot of sense," Ruberg said. "That’s why we’ve had this conversation for quite some time. We spent enough time getting to know each other. I think we know what we’re doing."

Interxion has been focused on interconnection, building data centers in key markets where companies can link their networks to each other, and selling colocation space in those facilities. Equinix, the world’s largest data center provider, has had a similar business model since its inception, but Digital, historically a wholesale data center provider, got into the interconnection business in a meaningful way only in 2015, when it acquired Telx.

Digital’s presence in Europe has consisted primarily of wholesale facilities leased to large clients, such as the big hyperscale cloud platforms. It did, however, acquire some key European interconnection assets from Equinix in 2016, after antitrust authorities forced Equinix to sell eight data centers in the region in exchange for approval of its TelecityGroup acquisition.

Asked on the Tuesday earnings call whether Interxion and Digital executives were concerned the merger could face antitrust roadblocks, Digital Realty chief investment officer Greg Wright said he did not expect any. "We take a look at the geographic overlap and the like," he said. "We feel good about our outcome on any antitrust issues."