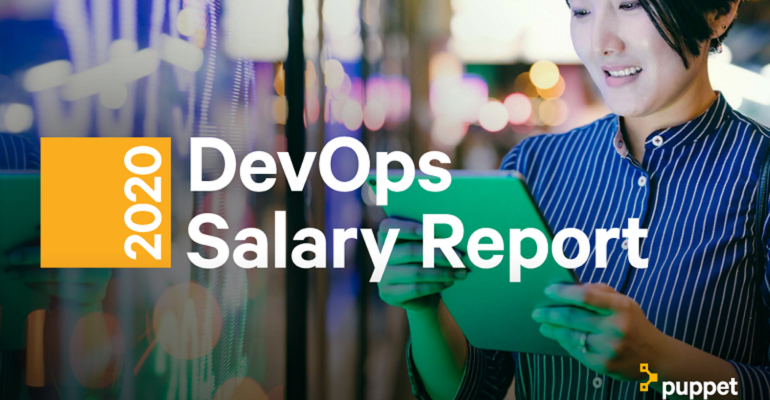 DevOps professionals in the U.S., Japan and UK made more money in 2020 than 2019, and those with the title of platform engineer earned the most.

Although 2020 was a challenging year on many fronts because of the COVID-19 pandemic, it was a year of growth for DevOps professionals.

The 2020 DevOps Salary Report, commissioned by DevOps vendor Puppet, which also produces the annual State of DevOps report, surveyed 2,415 developers from around the world and found a number of positive trends in the profession. Among the top-level findings is that 2020 saw an overall rise in reported salary of DevOps professionals around the world, when compared with 2019. In the United States, 35% of DevOps respondents reported a salary of between $150,000-$250,000 a year, up from 29% of respondents in the 2019 survey.

Alanna Brown, co-author of the Puppet report, told ITPro Today that because of the upheaval and uncertainty of the last year, she and her team weren't sure what to expect initially from this year's report regarding the salary of DevOps professionals.

Related: Why Site Reliability Engineering Is Key to Modern DevOps

"The biggest surprise was that despite all the layoffs and major shutdowns, tech salaries increased worldwide, particularly for upper-income respondents in the U.S., UK and Japan," Brown said. "While that might seem counterintuitive to what you'd expect during a pandemic, the truth is organizations have had to accelerate their digital transformation efforts, and those that have successfully pivoted are succeeding – in part because they've filled their talent gaps, leading to a corresponding rise in salaries."

In terms of the best paid job in DevOps, the Puppet survey found that platform engineers top the list.

"We hope to see the next year bring greater gender equality in terms of salaries," she said. "While this report shows women earning more midrange salaries than men, they have much lower representation in the upper salary range."